"Unworthy is the ruler whose subjects
seek the solace of false gods."

Legatus of the XIVth Legion, the imperial force currently occupying Ala Mhigo, van Baelsar is possessed of a natural flair for wartime command equaled perhaps only by his sensibilities as a governing administrator. Among his numerous accomplishments is the conquest of five enemy cities, the political conversion of which he also oversaw. In subjugating Ala Mhigo, van Baelsar employed subterfuge to stoke the fires of civil unrest, a masterstroke which led to the nation’s capture without the need for a protracted siege. However, the unanticipated appearance of a primal shortly thereafter prompted the Empire to halt the legion’s advance. The legatus has since remained in Ala Mhigo, where he rules as an imperial viceroy.

Motto: He who cannot preserve the sovereignty of his nation is unfit to rule it.
Weapon: Heirsbane—a gunblade said to have spilled the blood of nine aspirants to the crown. 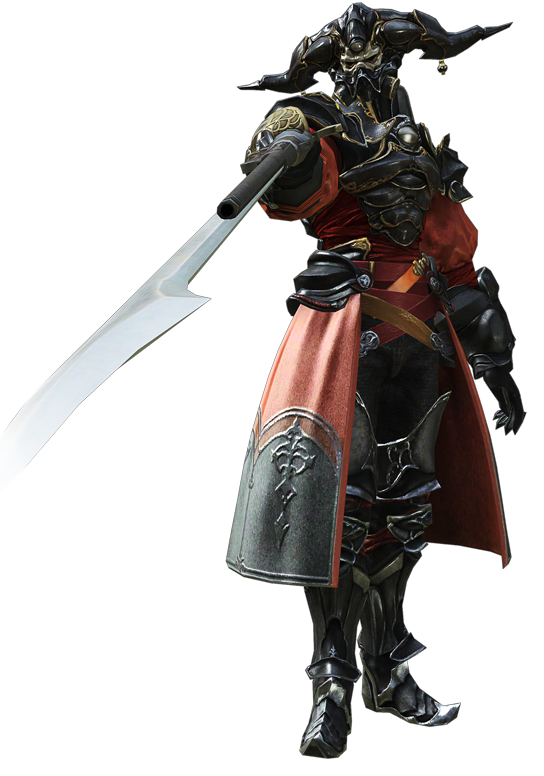