Saint of the Firmament 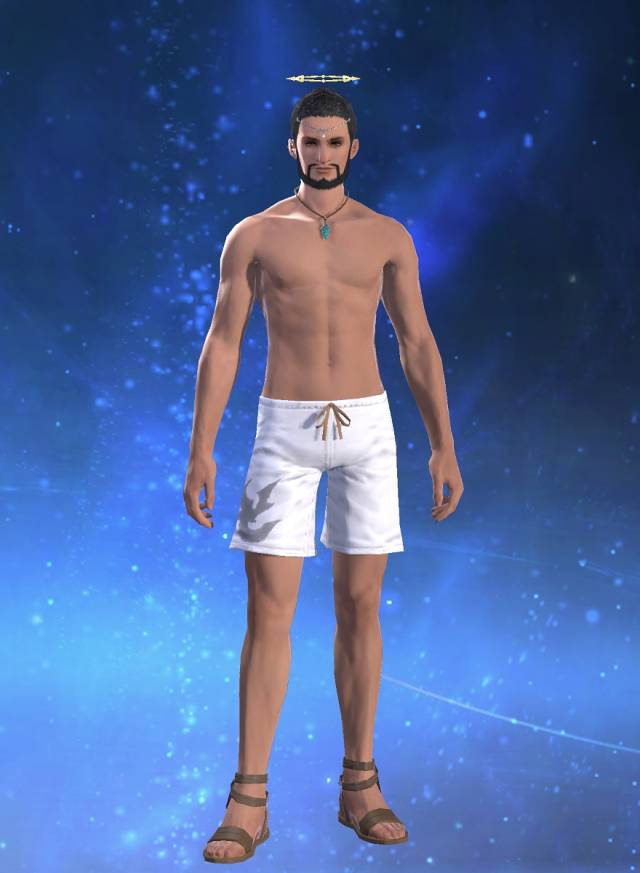 Soul of the Paladin

Item Level 30
GLA PLD
Lv. 30
Upon the surface of this multi-aspected crystal are carved the myriad deeds of paladins from eras past.

About the Player
Hello! I'm Justin. I am a PhD Candidate in a Fine Arts Doctoral Program. My research specialization is perception and cognition in the arts, ritual ceremony, and cultural bias. I publish mostly on esoteric organizations, ritual, music theory, and rhetorical constructs in audience perception.

I play this character as a practice for the personality that I wish to present 24/7. I've been playing Ivstin for almost 20 years in various game systems. He has a long story that includes World of Warcraft, Rift, Guild Wars 2, home brew D&D worlds, the Forgotten Realms, and "old school" HTML chat rooms (the Dungeon, Ten Shadows Tavern, and more.) When I play Ivstin, I try to imagine what it would be like to be a person who can hear prayers of those who "vibrate" like he does in the cosmos. The halo the character wears in game is emblematic of the nimbus of light that surrounds him. I hope you enjoy the blurb below, and feel free to reach out any time on Discord or in-game.

Sain† of Redemption
Ivstin was born on some world that doesn't exist anymore -- destroyed by demons, it is thought. Few who have ever seen his world have spoken as such, at least to his knowledge. His adventure began after he sought to travel the worlds battling demon kind. His defeat at the hands of a powerful archdevil landed him on Azeroth. From there, he rebuilt the glorious order of his youth and began a campaign against the Burning Legion that ended in the dissolution of the Legion.

In his journeys, he has traveled the time ways, averted planar collapse, and begged for the power to save entire worlds all in the name of redemption. Some claim he is constantly struggling to redeem himself for the loss of his world. Others claim he has a messianic complex and seeks to be the personal savior of every soul in the cosmos. Whatever the case may be, he was once the proud wielder of Apocalyvise, the blade that held the key to the keystone to destroy his homeland. The blade was sacrificed when the Regnum elected to bond their Chateau with the Seven Heavens of Mount Celestia.

Now, he enjoys long showers, crafting everything he can for his knights with his newfound proficiency on Hydaelyn, and continuing the tradition of teaching the Exalted Knights of the order, thereby extending the lineage of the Path of the Exalted for eternity.

Appearance
Ivstin is of a tall and athletic build. His green eyes, with golden snow flakes and platinum lightning bolts, glitter and sparkle. A faint golden nimbus of light radiates from his presence -- it is his soul. The nimbus carries the scent of frankincense, myrrh, copal, and clove oil. Upon his right and left hands are two runes, an omega and a dragon head. His black hair and beard have platinum streaks that bend and move in the light.

Mzuzi Lwazi (Behemoth) commented on the Giant Plesiosaur entry of the Eorzea Database.