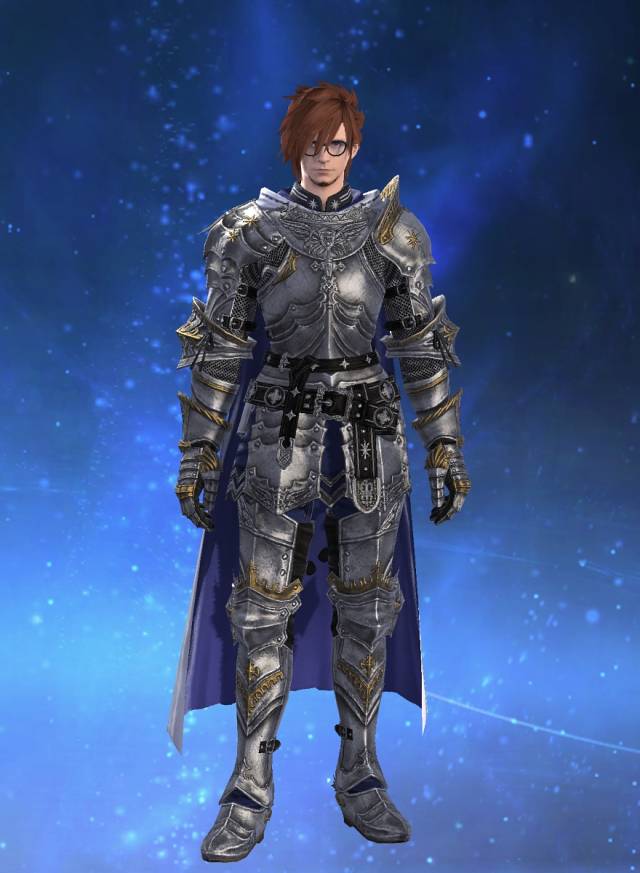 Soul of the Paladin

Item Level 30
GLA PLD
Lv. 30
Upon the surface of this multi-aspected crystal are carved the myriad deeds of paladins from eras past.

I am …I do not know who I am any more…. i was someone before…. i am a man lost in a complete opposite world of mine. I shell start with a beginning like all other stories you have read or heard

Once upon a time there was … there was an apocalypse in me future that crumble the world and all of its heroes have parish, but there ware villains also there and seeing that the world they wanted was taken away to a being with godlike powers they united. A unite front of villains and heroes stood together but it was all in vain, they have faulted. But only 1 man have been able to survive it and he took the leap of fait and have come traveling time and space before the crises have ever started. He has announced his grief he’s sorrows and his pain to the heroes of the past so that his future shell not be and wit his words he relies upon the globe the EXOBITES! They have given power to normal people so that together they will bring down the supreme evil.

This is how I got me power but did not regret anything, and together the people of earth have defeated the supreme evil and peace was there … or was it? Some of the people have taken for granted the powers given and have become corrupted and here where is we my story have started. I have been so many adventure like I have fought for the light, was there when the lighting have strike , joined the battle for earth I have seen the evils last laugh also when the battle got tougher I have been protecting me home turf and then I have seen with me two eyes the origin of the crisis and how it came to be, been fighting the sons of a demon that was trying to be release from hell side by side with his daughter that was a good and gentle soul. At one point in time I have seen me self-fighting 3 big major clashes :the war of the light , the amazons fury and the halls of power and so on and on until I have been broken by the market, to survive and be powerful you was suppose to fight the market now.

One night I heard a calling in me sleep, I follow the voice, the path it led me was like some kind of fantasy world and by the time I open my eyes I seen me self in a caravan traveling to this golden city in the desert. And yet so I have stared a life like out of the phantasm book I have live me final fantasy, I have become the warrior of light and dark. I have embraced me new life stile with me new friend and companions but deep down I know that I am a stranger here in this world, but will live by its fullest. In the previous world I was call Nightwings Beyond, now I am just Beyond …. Beyond me reality and me true origins. Eorzia thank you for accepting this unworthy soul in to your world.

TO INFINITY AND BEYOND!

Momiji Inubasiri (Carbuncle) posted an image to the Manderville Chakrams entry of the Eorzea Database.

Little Implements (Ravana) has been formed.

Glamour (Zodiark) has been formed.