The Lalafell are a folk both rotund and diminutive. Small by any race's standards and possessed of a childlike countenance, it proves difficult for non-Lalafell to gauge an individual's age with any degree of accuracy. Originally an agricultural people inhabiting the fertile islands of the south seas, they found their way to Eorzea via the burgeoning trade routes. Lalafell are welcoming of outsiders, and share prosperous relations with all of the other races of Eorzea.

The Plainsfolk have settled in La Noscea and other regions where the ground is flat and easily cultivated. Though many live the life of farmers, it is not uncommon to see Plainsfolk residing in Limsa Lominsa, holding positions in the navy or working in the fisheries. They are well known for their relaxed and carefree demeanor. 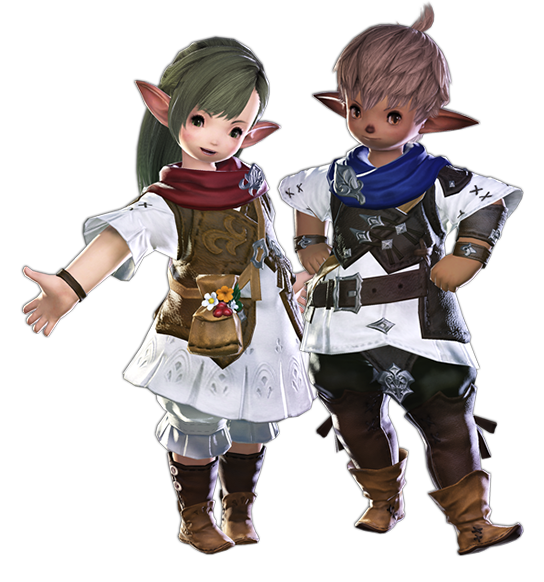 The Dunesfolk can be found on the scorching sands of Thanalan and other such arid areas. As the founders of the merchant city of Ul'dah, they are famous for their obsession with commerce. A natural inclination to transform ideas into action has served the Dunesfolk well in their business dealings. 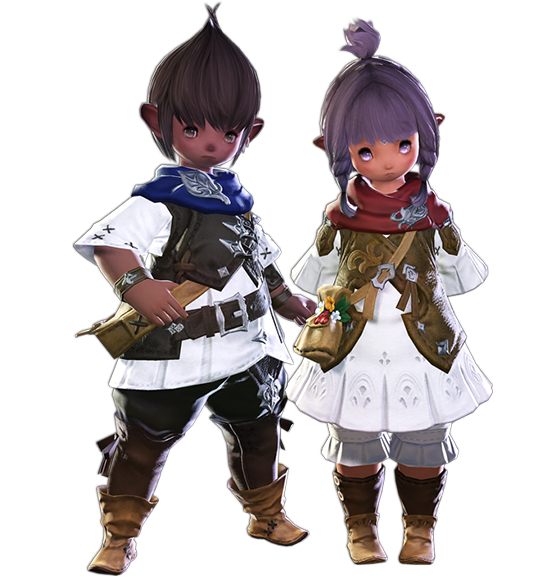