Culinarians preside over the world of cuisine, preparing every known consumable in Eorzea. Armed with a cornucopia of ingredients from across the realm, and versed in methods from the far corners of Hydaelyn, these master chefs help adventurers maintain their strength on the battlefield.
Of all the city-states of Eorzea, Limsa Lominsa boasts the richest culinary tradition, a product of its proximity to fertile lands and plentiful seas, and its standing as the realm's foremost trading port. 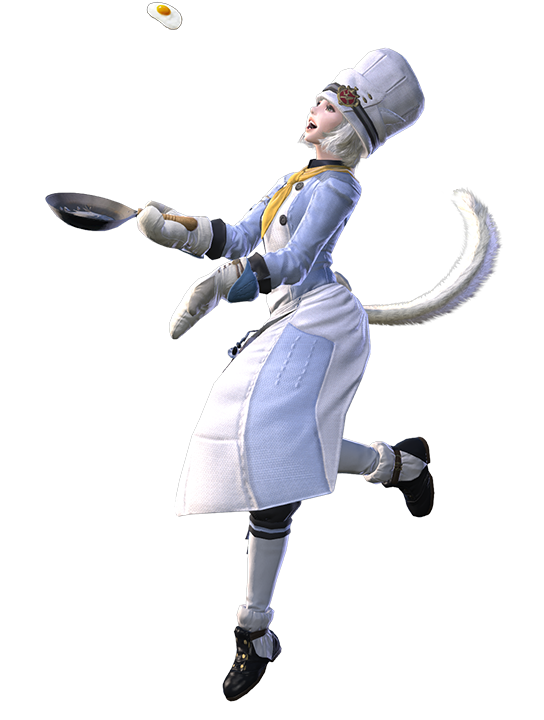