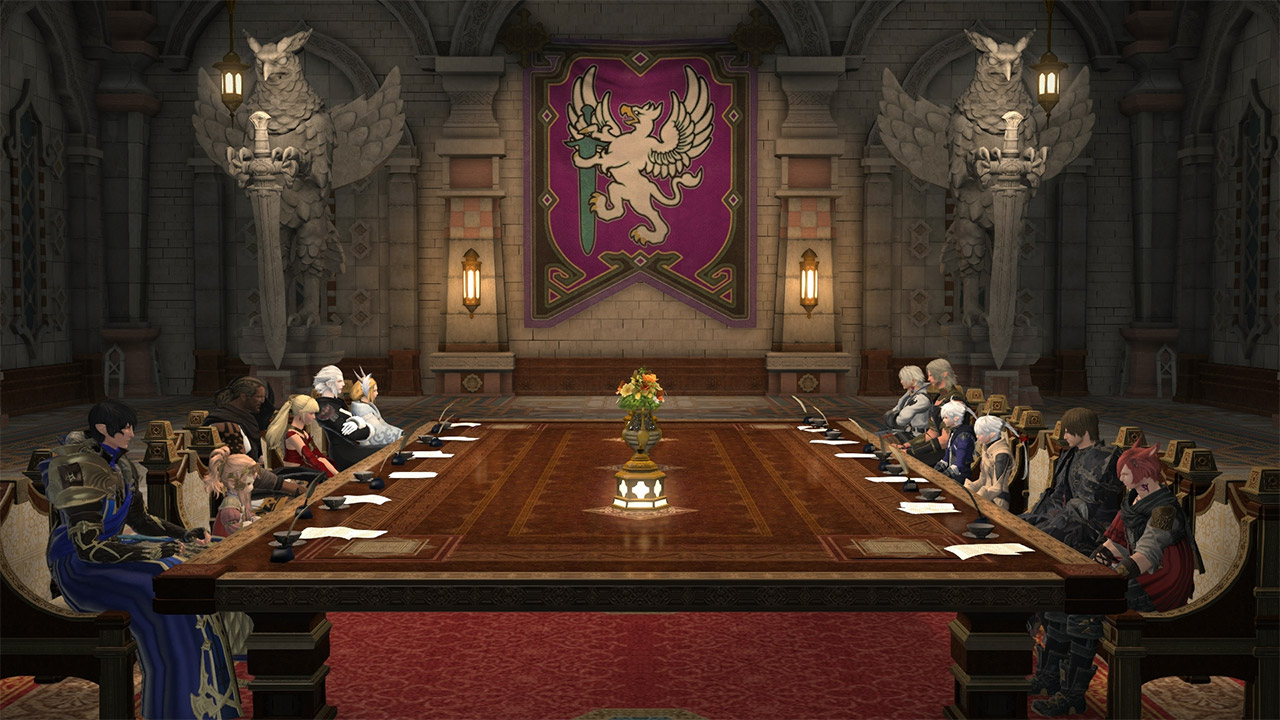 The Scions have finally succeeded in discovering a cure for tempering, which should prove instrumental in allowing the Eorzean Alliance and the land's beast tribes to settle their differences. Prospects of peace may soon fall to ruin, however, as Fandaniel and the Telophoroi scheme to recreate the Final Days, and ominous towers rise in all corners of the realm. With the servants of chaos amassing at every turn, will the Scions uncover their plot before it is too late? 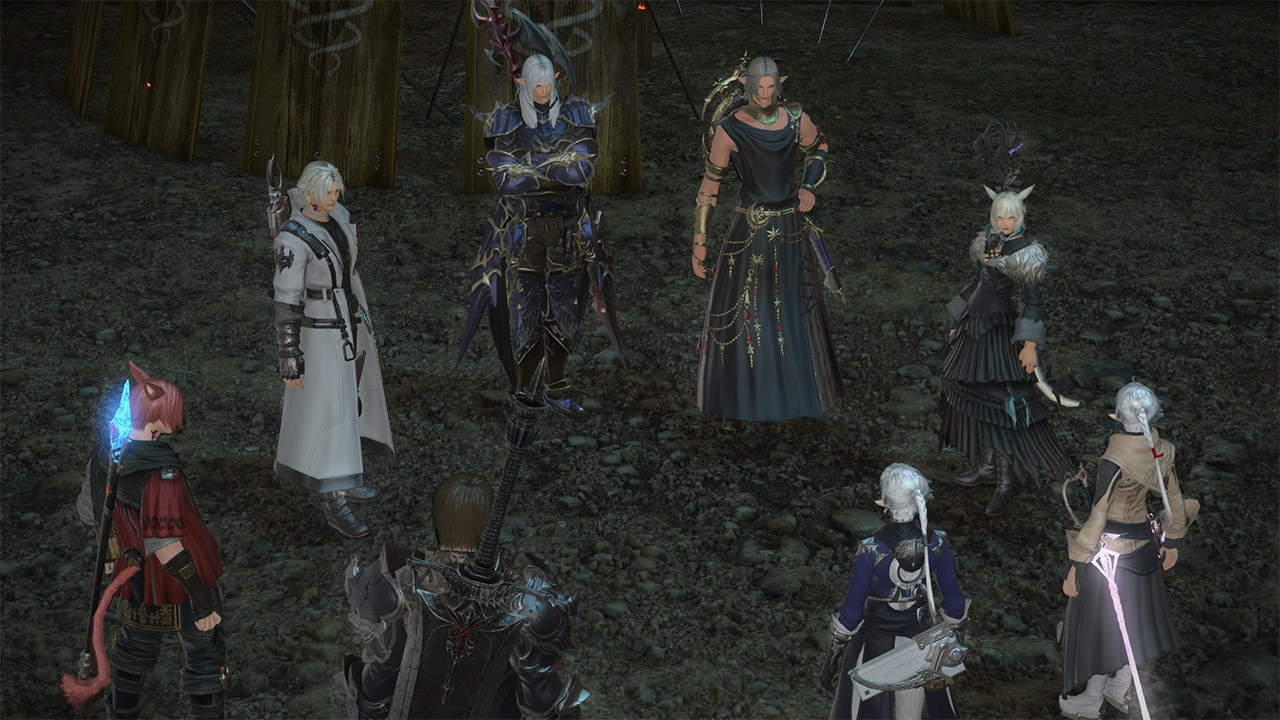 With a close friend grievously wounded and deadly primals at large, the Scions face a bitter struggle. Newfound alliances with Tiamat and the Amalj'aa provide a glimmer of hope, but with a world at stake, will this be enough?

The Tower at Paradigm's Breach

The white-garbed 2P's discovery was the first domino to fall in a series of conflicts that have only escalated since the arrival of the black-shrouded 2B, the pattern they form growing ever more complex. The time of revelation may be at hand, but is this tale one of hope...or despair? 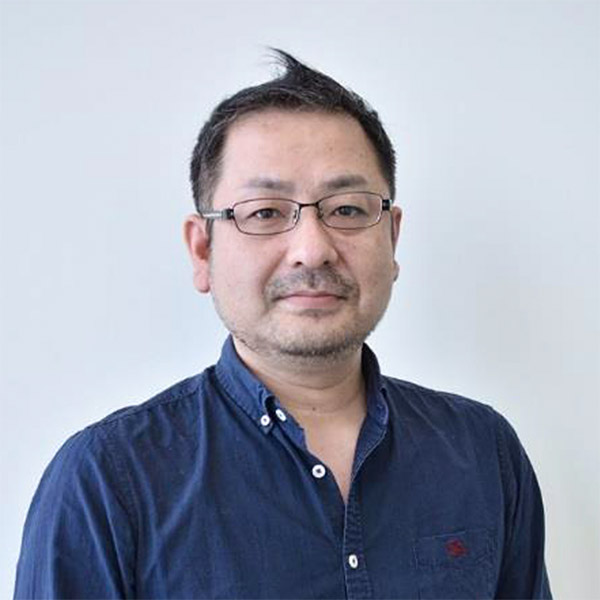 Member of the Board and Executive Producer, SQUARE ENIX CO., LTD. 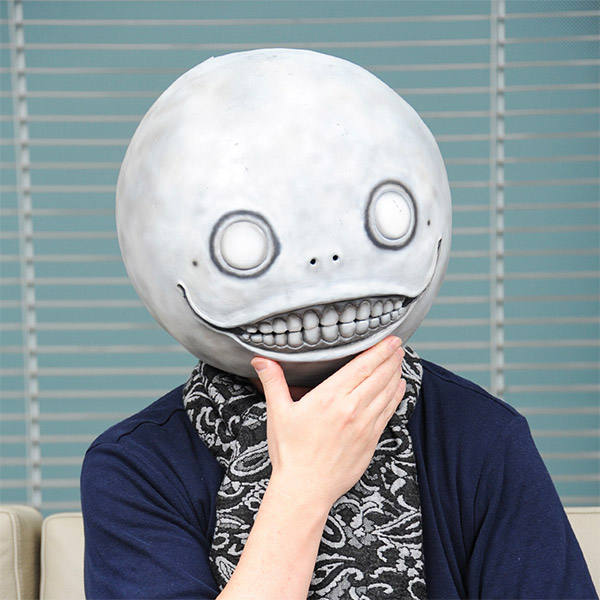 Though the herding of livestock keeps the nomadic Amalj'aa constantly on the move across the sweeping plains of Paglth'an, the permanent settlement of Zolm'ak offers respite for the weary and a venue for gatherings both political and social. Yet without intervention, it may not long be so...

Chronicles of a New Era

The Sorrow of Werlyt

With adamantine armor and a beating, blood red core, the Diamond Weapon is the culmination of countless sacrifices and untold suffering. When the ultimate triumph of the VIIth Legion's monstrous Weapon project descends upon Werlyt, who will be saved, and who shall fall?

The advent of the Empire's final and most fatal Weapon sees Gaius and the Warrior of Light take to the skies aboard Cid's latest creation. Will these miracles of technology and camaraderie allow them to rise above the threat of destruction that looms over Werlyt once more?

New Save the Queen Battlefield

The IVth Legion has been forced to retreat north to the barren plateaus of Zadnor, but the arrival of their imposing flagship gives the Resistance pause. Clearly a sign of desperation─or so one would hope. Both sides have been pushed to their limit, but who will emerge the victor as the battle for Bozja reaches its bloody climax?

Thanks to the tireless efforts of skybuilders one and all, the Risensong Quarter now stands complete, bringing the restoration effort to a triumphant close. As a new age dawns in Ishgard, luminaries from across Eorzea have been invited to the Firmament to take part in a ceremony commemorating this momentous occasion.

House Durendaire is considered the foremost of the noble houses of Ishgard, and Count Charlemend stands at its head. Thus, when such a dignitary is seen skulking about the Firmament, it could scarcely go unnoticed. What manner of surreptitious business could have brought the man to the newly rebuilt district? All will be revealed in a tale of unlikely friendship set amidst an era of change.

Few opponents loom larger in legend than Leviathan, he who has plunged many a would-be hero into the depths of despair. Tremble not before the Lord of the Whorl, and let the tide of memory carry you away...

Official service for the PlayStation®5 version of FINAL FANTASY XIV begins on Tuesday, 25 May 2021!
Enjoy full 4K support, vastly improved loading times and framerates, and a better gameplay experience than ever before. Richer, more immersive adventures await─across Eorzea and beyond!

Fender® guitars make their way to the world of FFXIV in our latest collaboration! The bard's performance actions now include the ability to play a FINAL FANTASY XIV model Stratocaster® electric guitar. Select from a range of styles, from a crisp, clean tone to the kind of distortion that electric guitars are known for, and even use special techniques such as pick sliding and muting!

FENDER and STRATOCASTER are trademarks of Fender Musical Instruments Corporation and/or its affiliates, registered in the U.S. and other countries.

With the addition of level 70 dungeons, job actions up to level 80, and performance actions, even more fun in your favorite in-game locales awaits!

Relive even more past adventures in Patch 5.5 with the addition of Eden, the Sorrow of Werlyt, and other Tales from the Shadows. Main scenario quests from Patch 5.4 to Patch 5.55 and YoRHa: Dark Apocalypse are also coming to New Game+ in Patch 5.55! 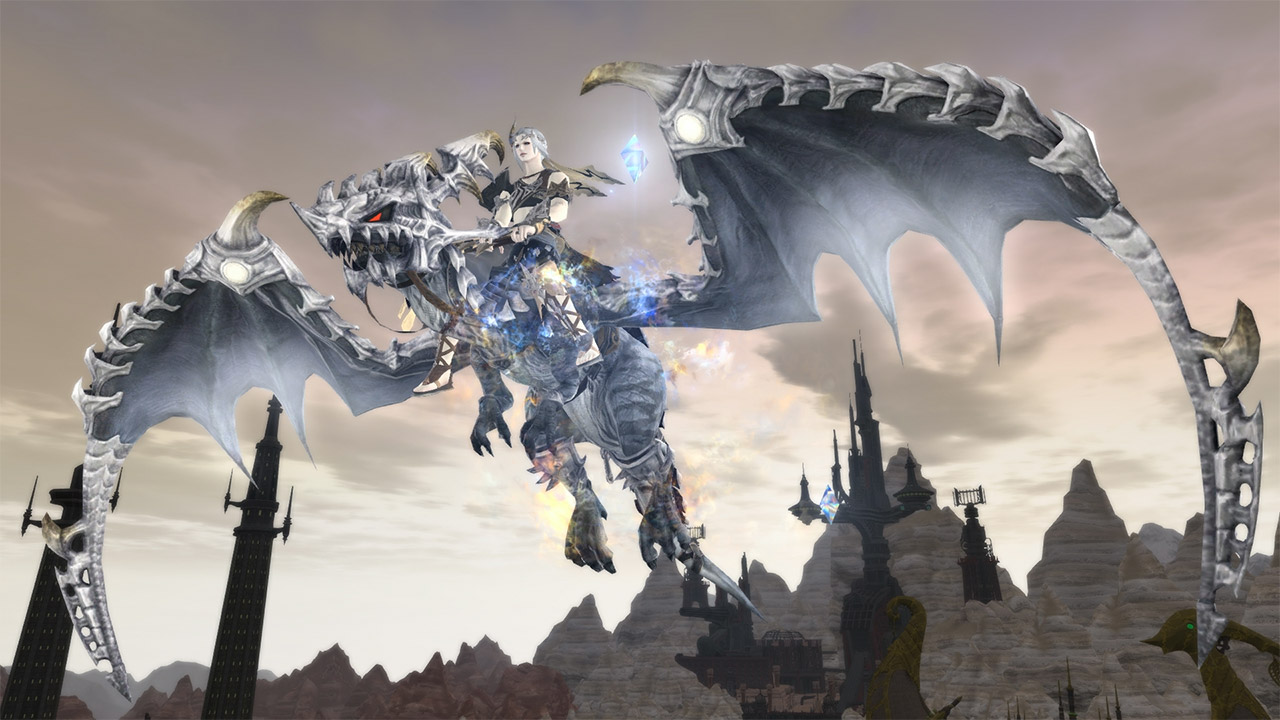 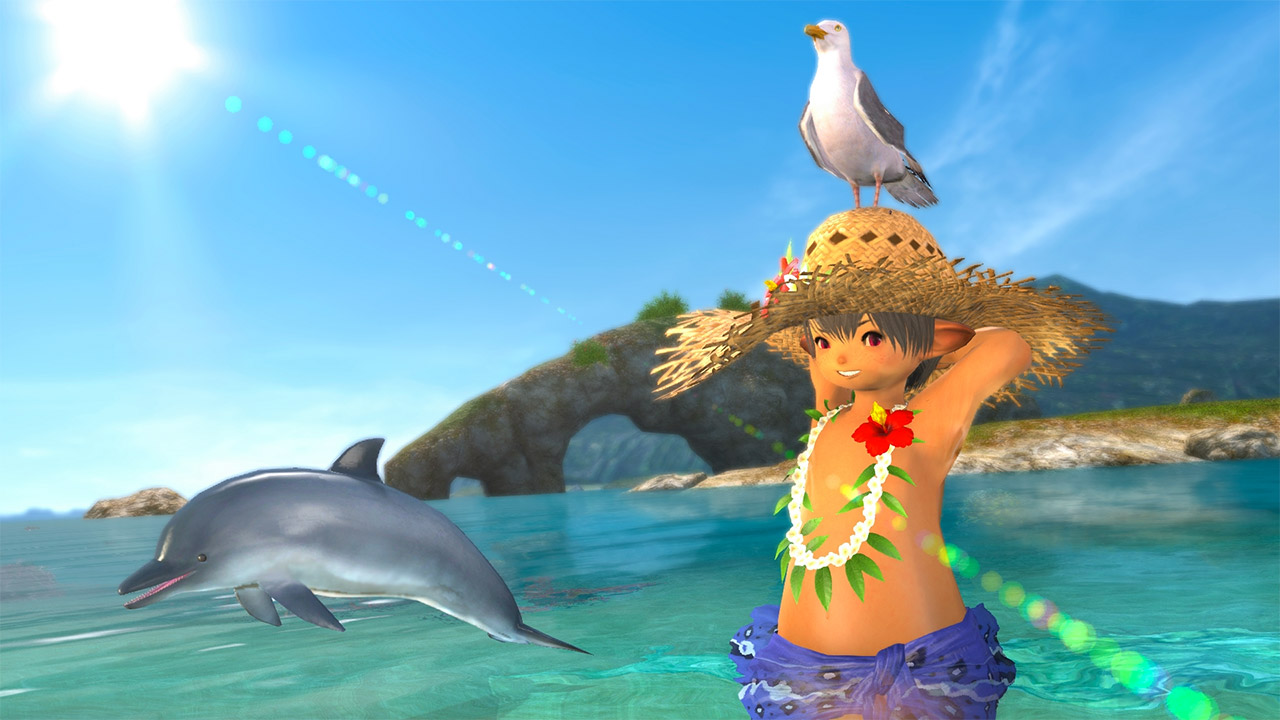 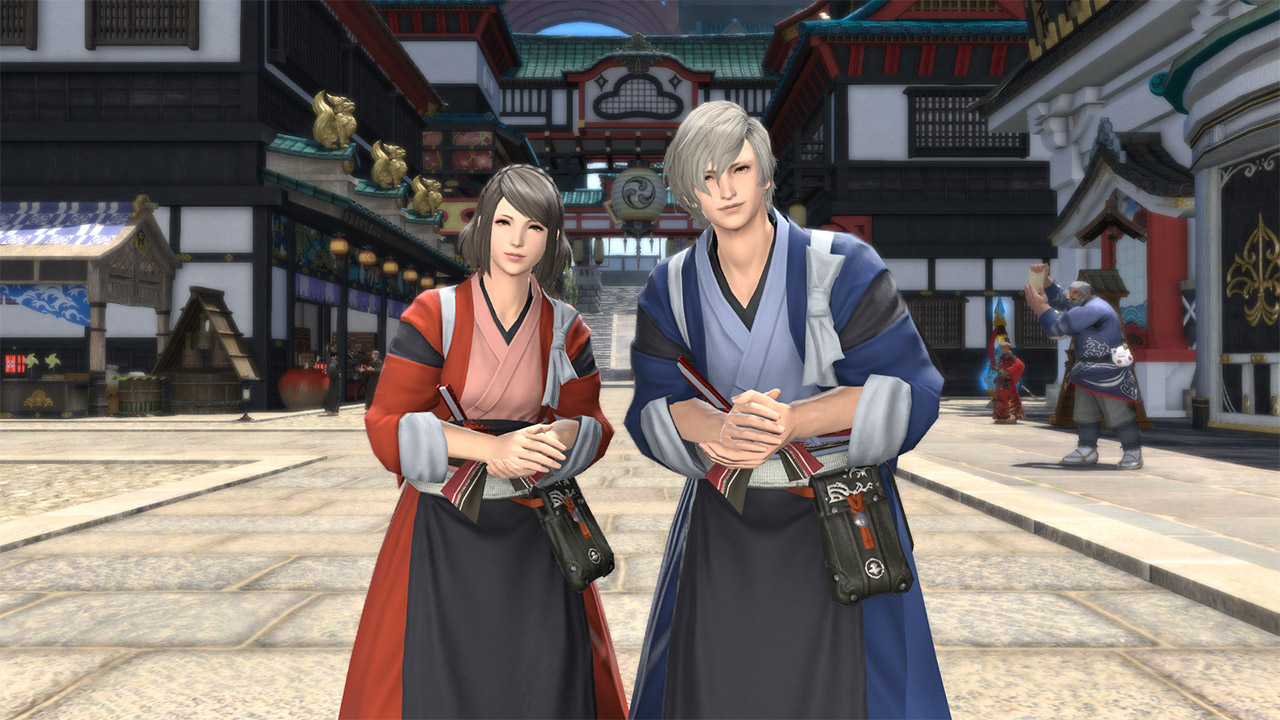 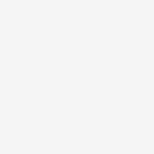