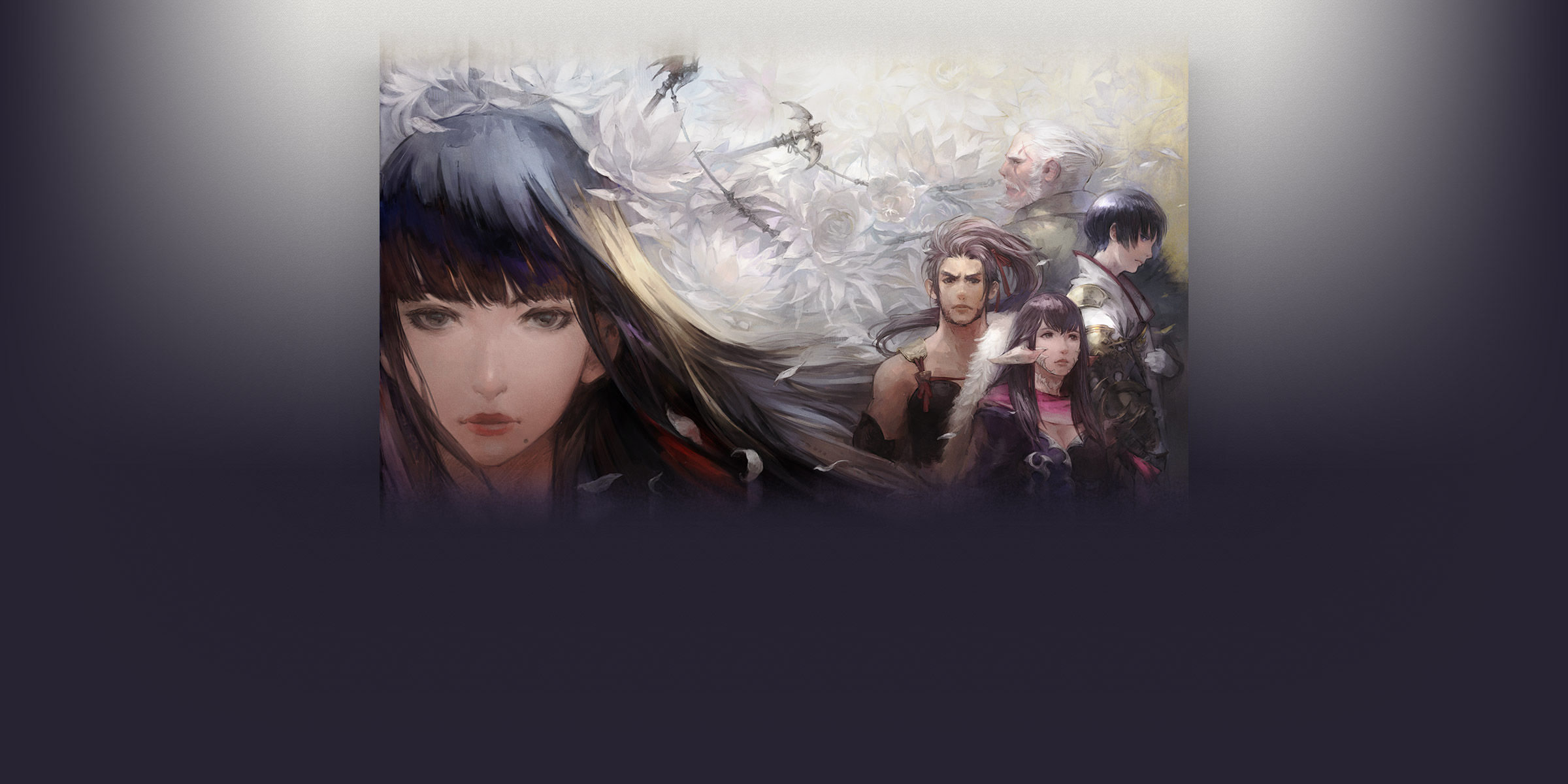 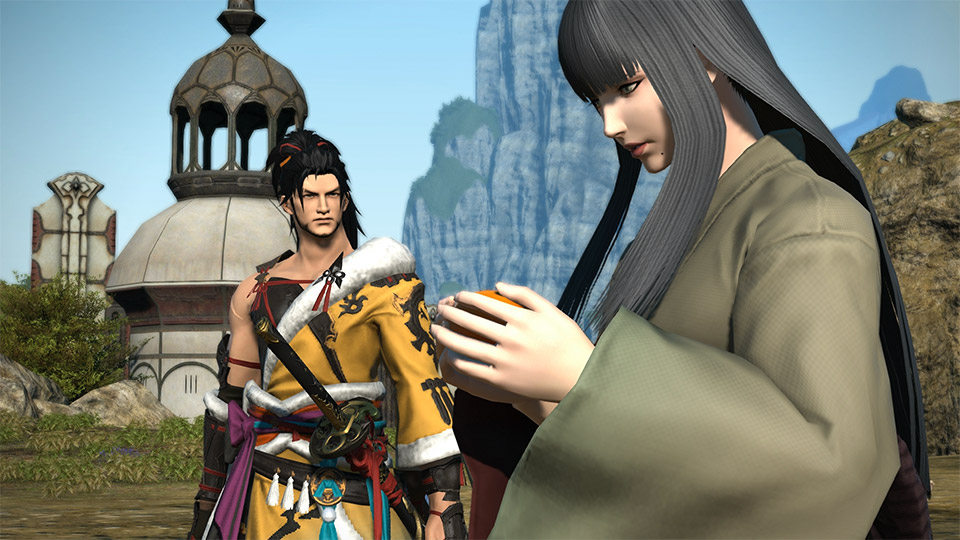 The arrival of imperial envoys in the land of Doma was as unexpected as their stated purpose: to negotiate peace. Lord Hien, eager to secure the release of his conscripted countrymen, cautiously accepts the agreement, and arranges for a prisoner exchange. Yet even as Doma is poised to welcome the breaking dawn, the shadow of the fallen Zenos enfolds all in darkness and uncertainty. 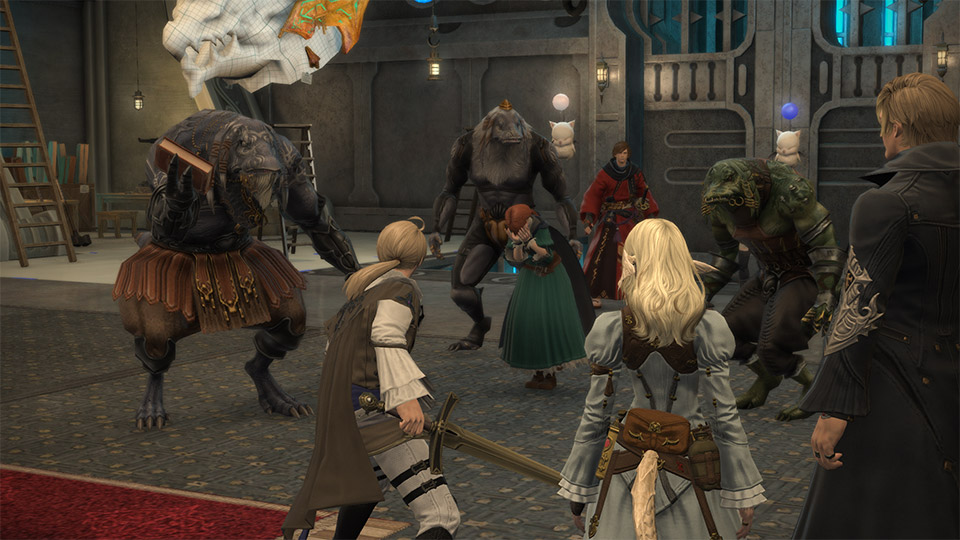 South of Rabanastre, in a remote corner of the Valnard Sea gapes a fathomless maw that, for centuries, has slowly devoured the world around it: Ridorana. Whether you believe the cataract natural wonder or demon-torn gate to the very underworld, journeys to her edge should be made with the utmost caution, seeing as none who have stumbled into the darkness have ever returned to tell their tale. An ancient spire once used by the Dalmascans as a lighthouse rises defiantly above the churning waters to warn forethoughtful and foolhardy alike. It is into this spire that the transformed Ba'Gamnan has fled. It is into this hell that you must follow. 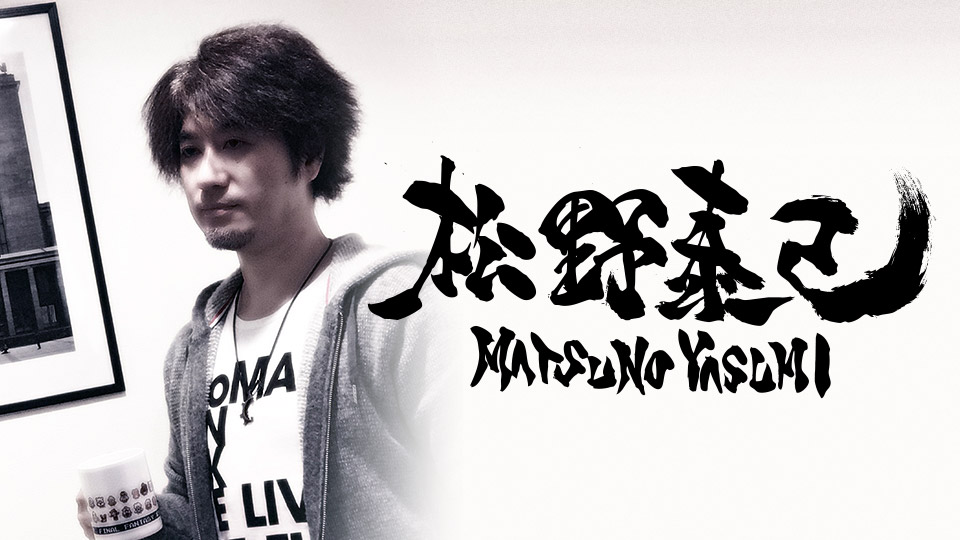 Born in 1965 and raised in Niigata prefecture, Japan. The renowned video game designer is now CEO of Algebra Factory. 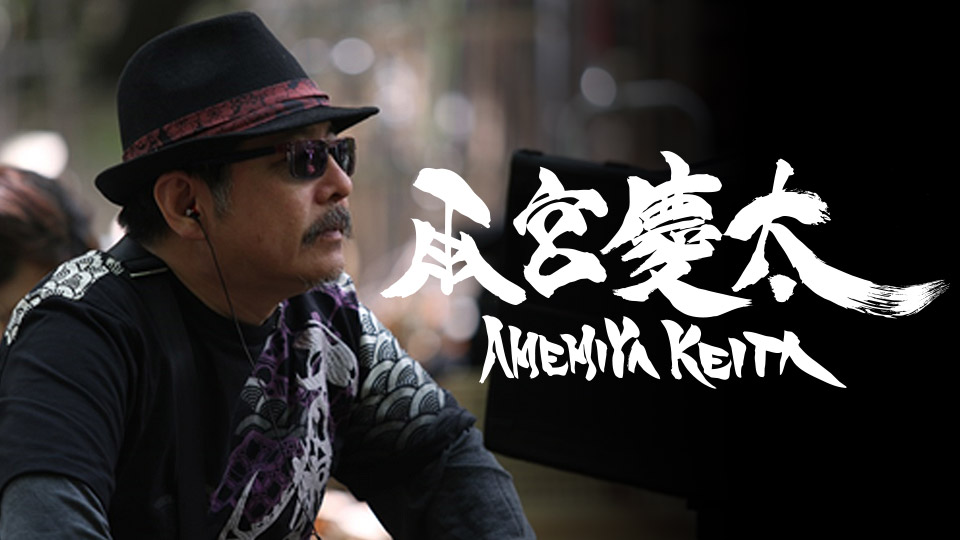 Movie director, illustrator, character designer, and head of the CROWD design studio. Born in 1959 and raised in Chiba prefecture, Japan.

Works
Creator of dozens of titles across a variety of media, including Zeram, Moon Over Tao, Tekkouki Mikazuki, Tweeny Witches, and the GARO series. 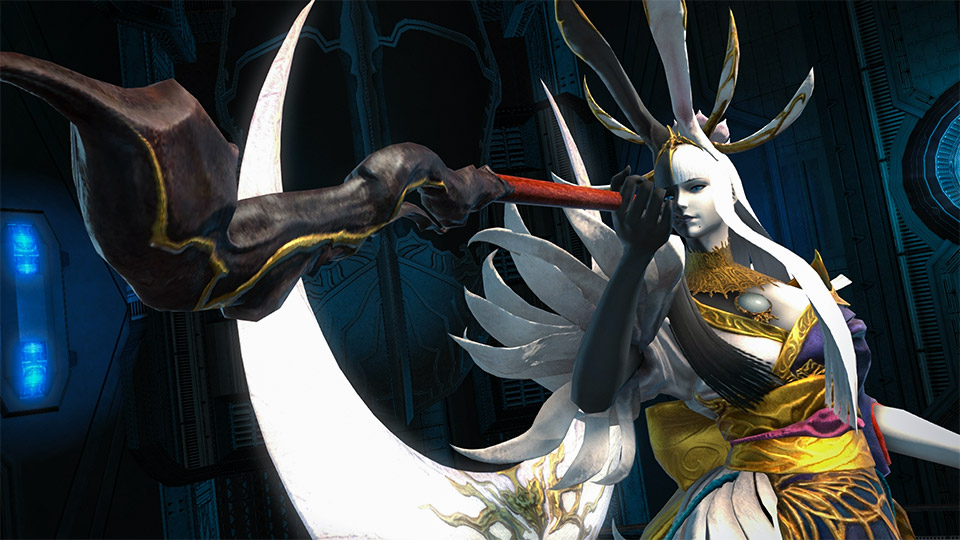 Tsukuyomi, divinity of night and the moon. Through sinister design is this figure of Far Eastern mythology given form, descending upon the world in a primal incarnation. The Warrior of Light must stand firm, else Doma be swallowed by the encroaching darkness... 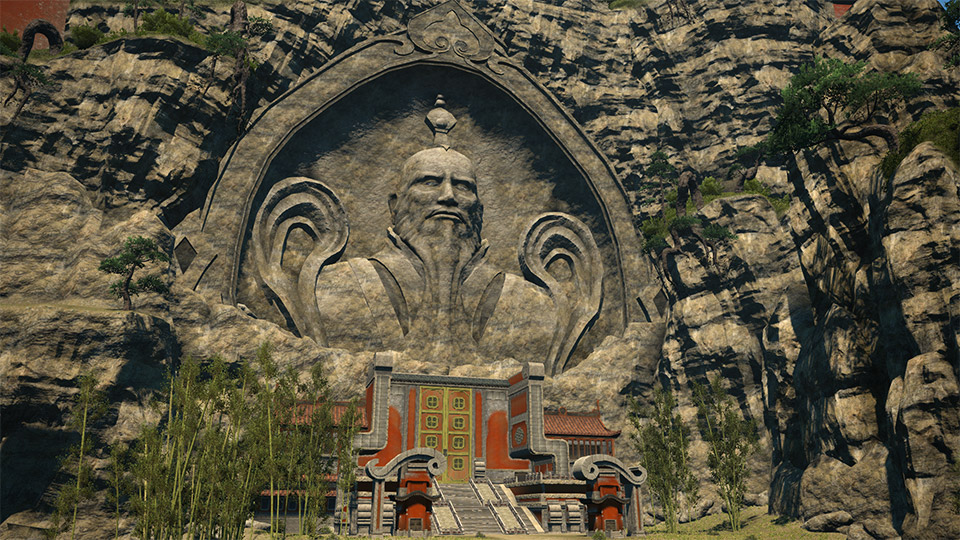 Chiseled into the great wall which cuts across the plains of Yanxia, between two of the Dairyu Moon Gates, is the visage of Ganen, the legendary hero who united Doma. The first king of the new kingdom was not only a military genius, but also the founder of geomancy, and so after his death this royal mausoleum became a holy place to which his disciples would make pilgrimage. Alas, following the imperial invasion, it was abandoned and fell into disrepair, yet circumstances now conspire to deliver the Warrior of Light unto these hallowed halls─but to what end? 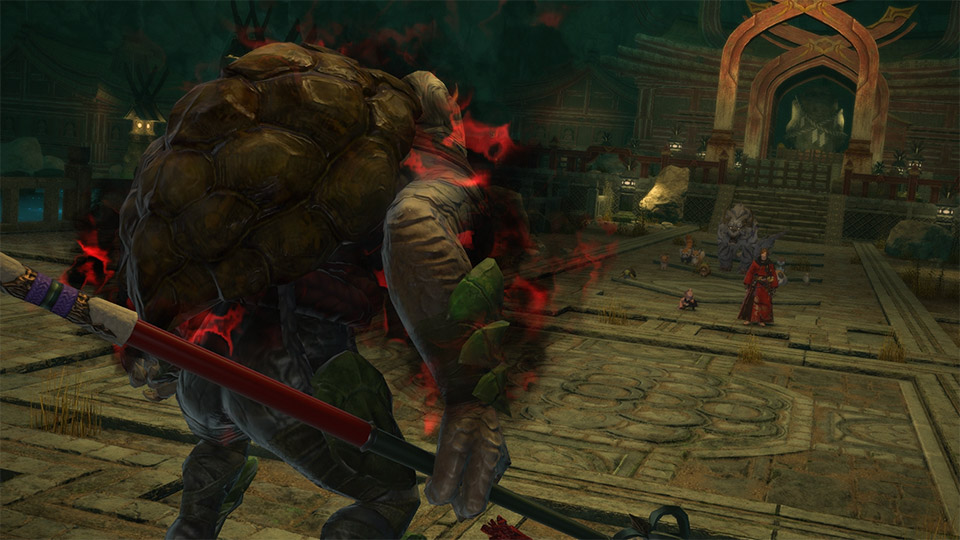 The Four Lords─greatest of the auspices─once fought to defend the Ruby Sea and her people from calamitous forces. Though the Warrior of Light and his comrades managed to save the soul of Byakko, one of these ancient guardians, they are not yet ready to face the threat which looms on the horizon. And so the auspice Genbu considers a rather unorthodox training method... 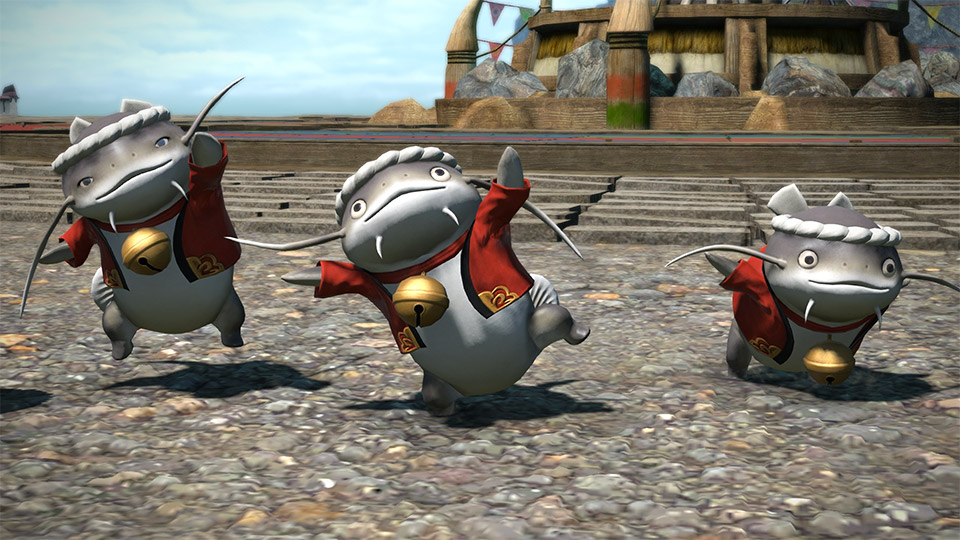 The Namazu, despite their appetizing figures and weakness to tea, have survived the centuries to thrive within the walls and jars of Yuzuka Manor─until now. Now, they face a fate that would doom their tribe, one and all, to be wiped from the face of Hydaelyn! But one Namazu would yet stand against these forces of destruction. Boldly, proudly, he would stand between his brethren and certain annihilation. Yes, one noble Namazu would stand defiant...if he could only stand up. 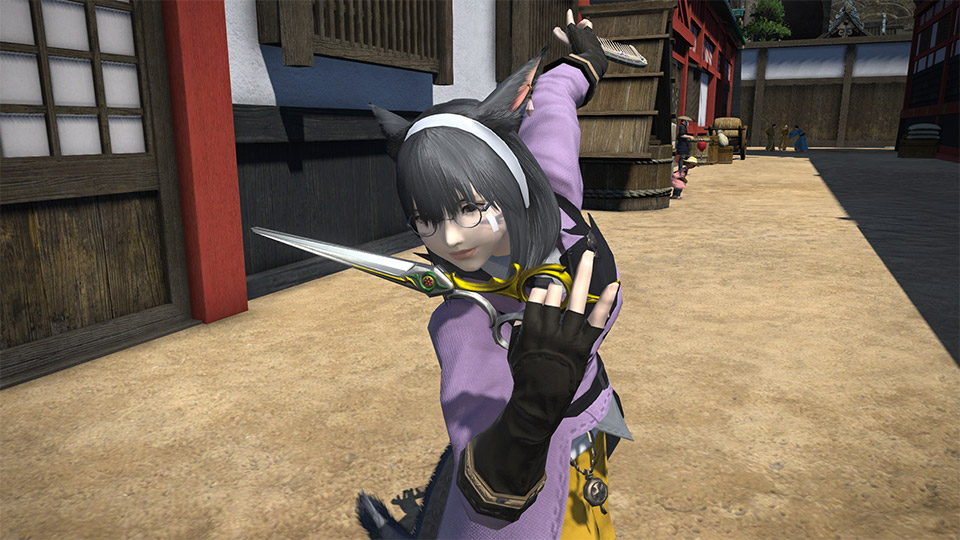 Just how long was I frozen in time, a statuesque vision of gentlemanly grace...? Bah, no matter! For I, Hildibrand, agent of enquiry, inspector extraordinaire, am back in the game! And what a game it is, my friends, for in a Far Eastern town replete with intrigue, a dastardly Wolf Burglar preys upon the wealthy and powerful! Just deserts, some might say, but crime is crime, no matter the victim! Yea, injustice is a cancer, and I am the barber's blade! 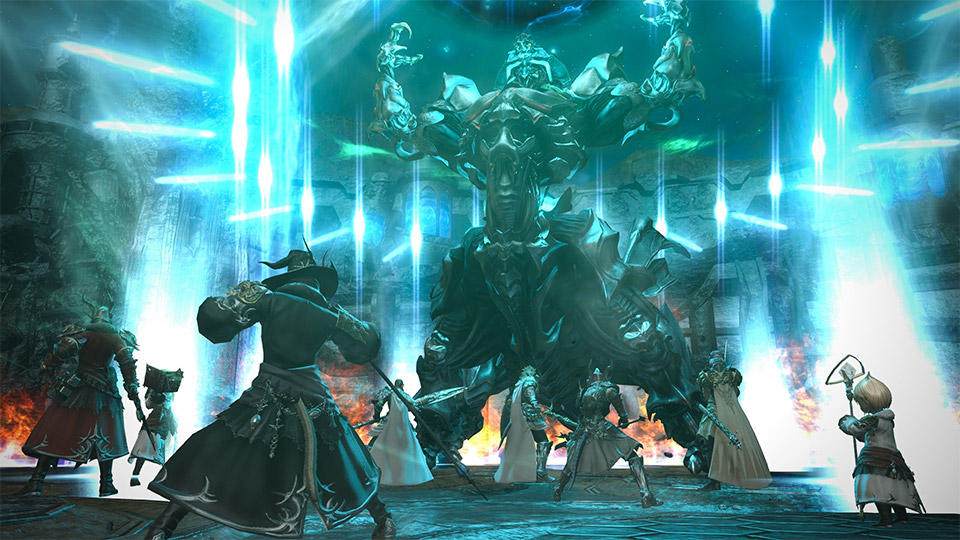 Just as warriors temper their spirits in battle, so too does the wandering minstrel hone his craft through colorful retellings of heroic deeds. His rendition of your triumph over the Ultima Weapon takes the threads of history and weaves them into an epic tapestry. However, his ballad contains so many embellishments and fabrications that it bears little resemblance to your own tale, and you wonder if he was even listening to you. Nevertheless, you find yourself utterly captivated─whisked away to a battlefield that exists only in your mind's eye... 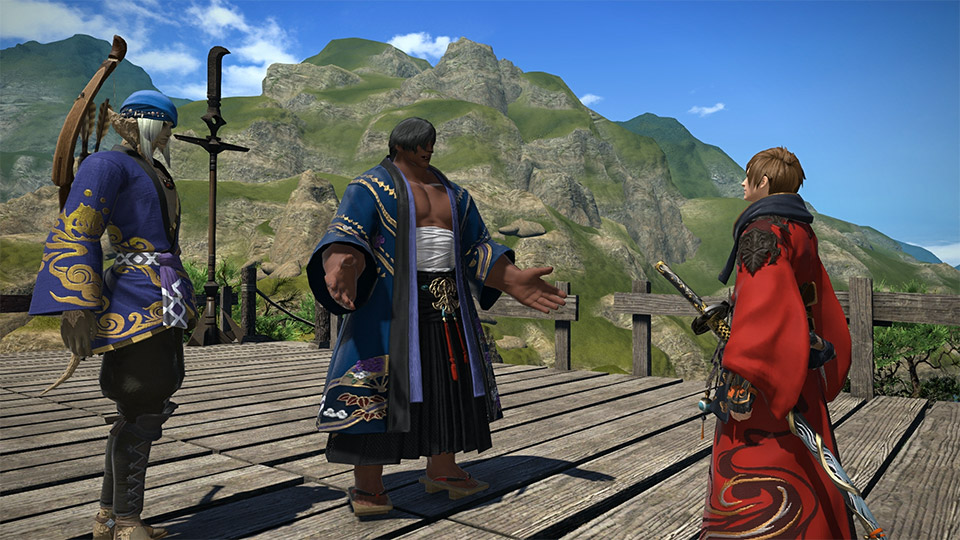 Rising high above the Ruby Sea from the island of Onokoro, Heaven-on-High is said to be the stairway traversed by kami descending from their empyrean home. Following the discovery of a secret entrance, the Confederate leader Rasho asks you to investigate the tower and brave the hordes of vile fiends that lurk within. 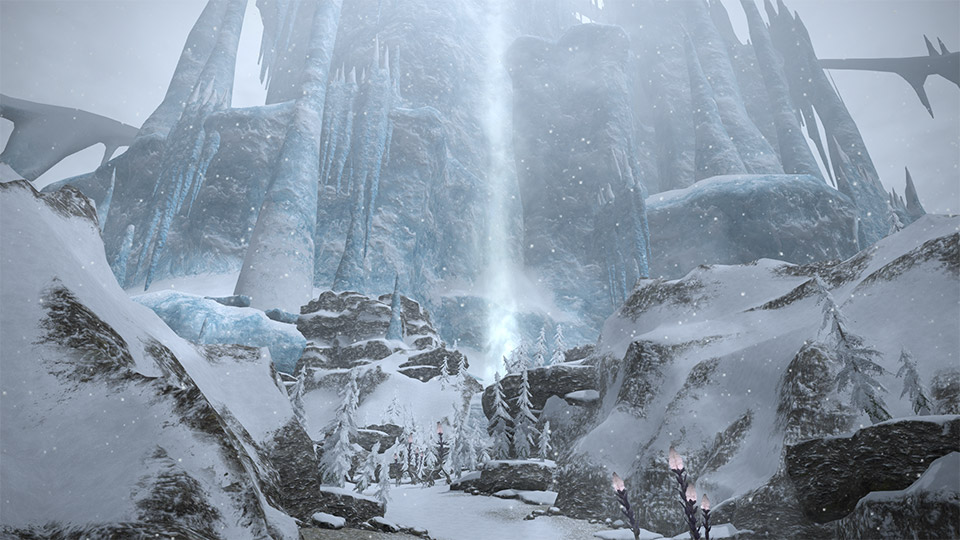 Though they have yet to determine how such a thing could even be possible, the expedition is nevertheless certain that the place they have dubbed Eureka is none other than the Isle of Val, previously believed to have been obliterated by a powerful magick. Having completed their survey of Anemos, the expedition now turns its sights to a new region: Pagos, a mountainous frozen waste filled with untold dangers... 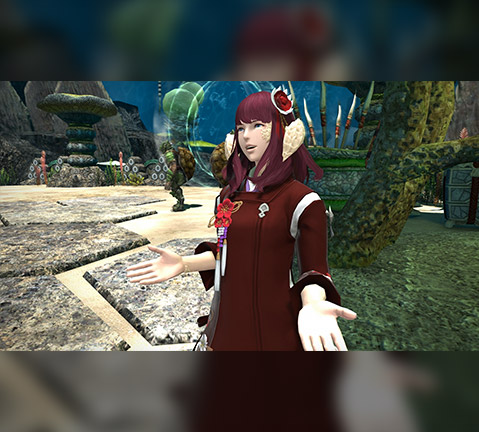 Kurenai has a dream. And to realize that dream, she needs custom deliveries. As a Disciple of the Hand or Land, you may contribute to her ambition to bring change to Sui-no-Sato. And who knows? If you do enough for her cause, she might even let you dress her up... 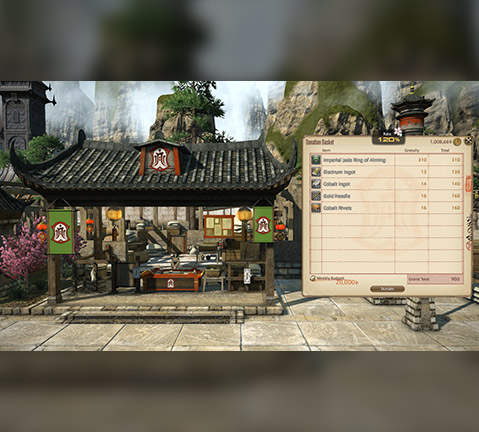 Having cast off the imperial yoke after twenty-five years, the people of Doma are free at last. A new day dawns...but it will be a day of work, for the enclave many call home remains a shadow of its former self. The Shazenkai, an organization formed to facilitate the reconstruction and revitalization of the settlement, is prepared to lead the way─but they will need to look to others if they are to succeed in this bold endeavor. 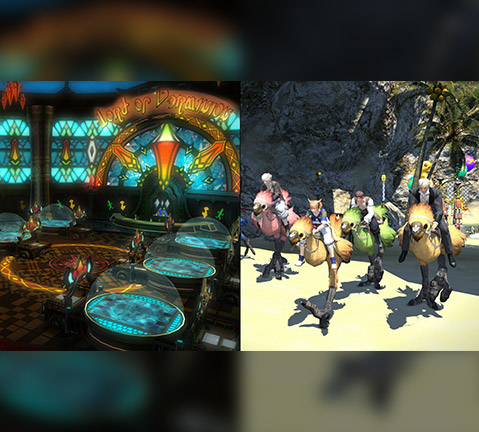 The Gold Saucer has a host of attractions, and participating in its two premier events has never been easier. Whether you're at the Gold Saucer or a world away, the Duty Finder can be used to join chocobo races, Lord of Verminion's NPC master battles, and the all-new Lord of Verminion master tournament battles! 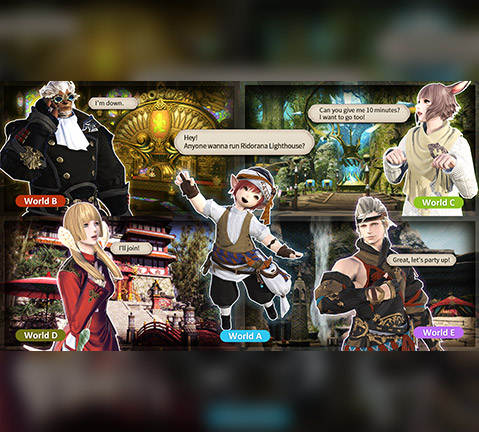 Bridge the gap between Worlds with the new cross-world linkshell system. Keeping in touch with friends on the same data center has never been easier. 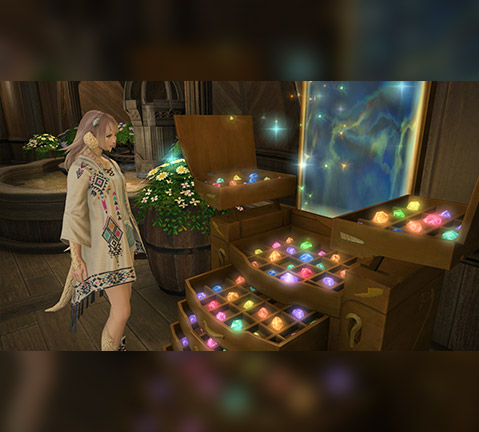 There is no greater quest than seeking the perfect outfit, and the glamour dresser is here to help. This already spacious commode of clothing can now hold a greater variety of gear. What's more, any clothing turned into glamours can now be restored to its original form. 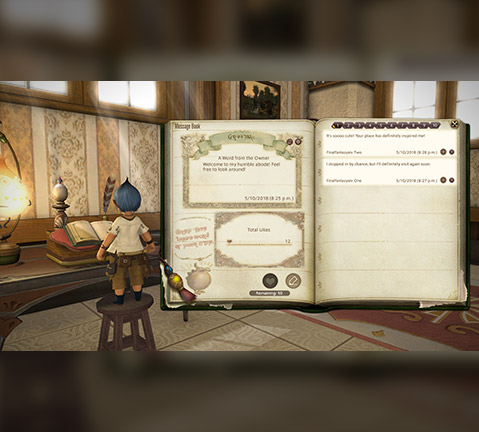 Wondering if friends dropped by your estate to say hello? Leave a message book to sign and wonder no longer! Perhaps you'll even find thoughtful notes from an unexpected caller. 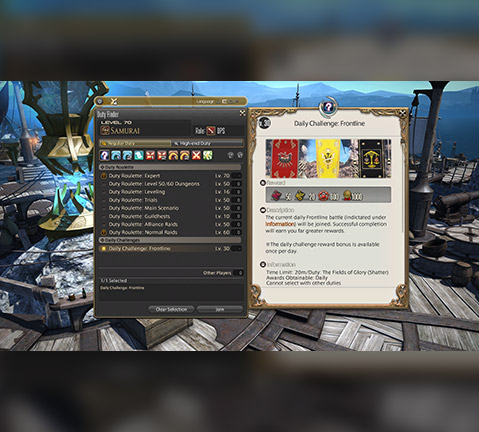 When stepping onto the battlefield, one must be ready for anything, and Frontline campaigns are no exception. With a new daily rotation between the Fields of Glory, Seal Rock, and the Borderland Ruins, the Grand Companies are certain to keep adventurers on their toes. 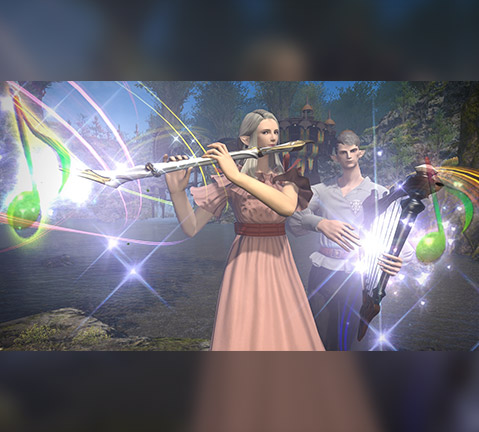 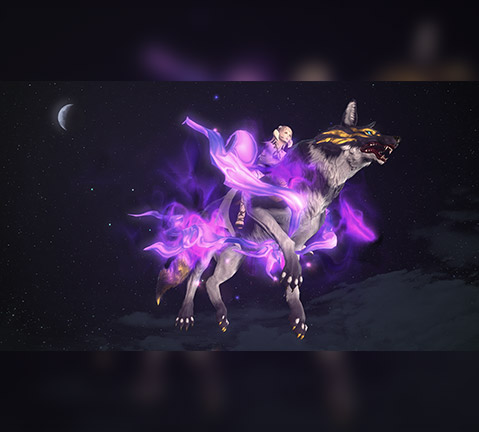 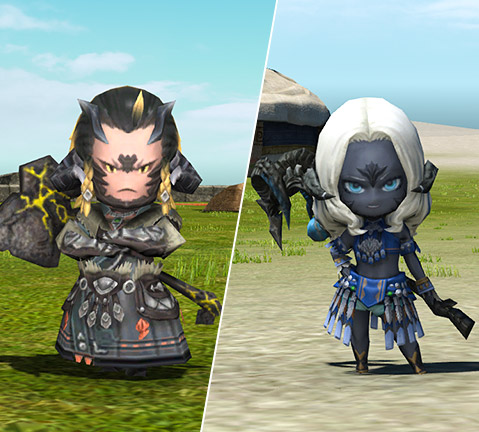 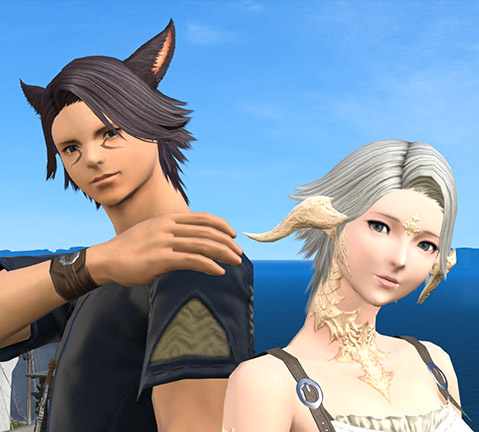 These new hairdos are bound to leave an impression! 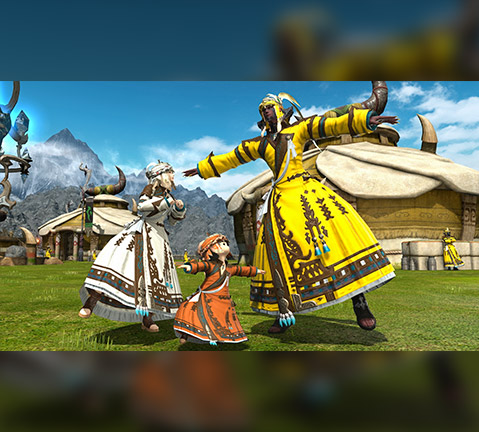