Truth. Peace. Reformation. These were the keys to Ishgard's salvation. So believed Ser Aymeric, acting ruler of the Holy See. However, not all shared in his dream, and in his headlong rush to unite man and dragon once more, those still bound by the fetters of the past rose up to defend their nation against the forces they feared would destroy it.
Yet change─that great, inexorable wave─was upon them, and soon all of Ishgard would bend to its will.

Oh cruel, cursed fate, to deliver unto us Hildibrand Helidor Maximilian Manderville, brave inspector and Gentleman of Light reborn, only to snatch him away in a manner eerily similar to his original departure. To the heavens above the far-flung northern reaches did he soar, and for a time was it feared he might never be seen again. Yet Nashu Mhakaracca, as a fervent believer in the inspector (and gravity besides), still has faith that he will return. Her search now leads her to the Holy See of Ishgard, where she hopes to find the missing man─and, perhaps, a case...?

Though its core was disabled, the colossal steel giant still hums with a foreboding sense of dread. The Illuminati are gearing up for war, and Alexander has thrust yet another arm up and out of the Thaliak River, continuing its climb from the murky depths. Will the Illuminati realize their warped ideals and bleed the realm dry? Once again you must call forth your allies and venture into the iron fortress, lest the realm bears the price of the goblins' endeavor. 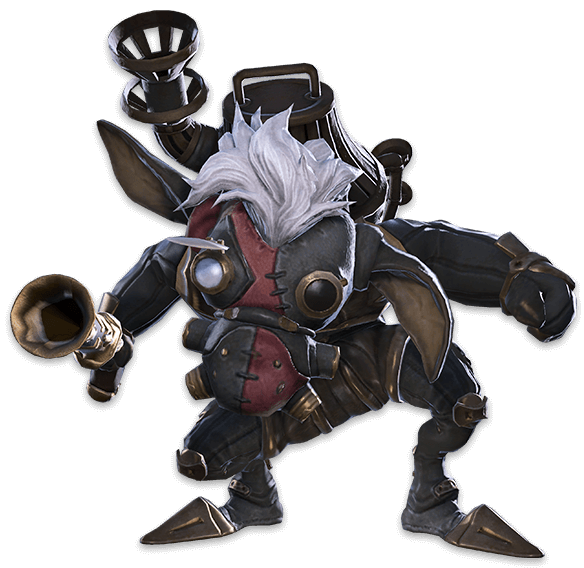 Sephirot, the Fiend, was a deity once worshipped by a treelike race native to Meracydia. Brought into being for the sole purpose of repelling the Allagan invasion, Sephirot inflicted ruinous losses upon the imperial army before finally being subdued and imprisoned in the central facility of Azys Lla. And now, millennia later, this immensely powerful entity threatens to awaken, his vengeful dreams disturbed by the careless ambitions of Archbishop Thordan VII. Topple the first pillar of the Warring Triad, or wheresoever his colossal shadow falls shall be visited by unthinkable catastrophe!

To bolster the ever-growing ranks of adventurers, the Adventurers' Guild has established a new training ground to hone their skills: Stone, Sky, Sea.
Test your might against an assortment of striking dummies tailored to the strength of legendary foes, and prove you have what it takes to go head-to-head with their real-life counterparts.

Fledgling adventurers eager to learn the basics of combat need look no further. Here you can undertake a number of training exercises that explain terminology and fundamentals essential to party play.
* A Disciple of War or Magic level 15 or above is required to enter.

Seasoned heroes of Eorzea now have the means to better aid newly come adventurers. With an exclusive chat channel known as the "Novice Network" reserved for new adventurers and mentors, imparting advice to beginners has never been easier.

The Gnath are insect-like beastmen linked in thought, compelled to serve only the Overmind. Should their link to him be severed, they are cast out from the colony, left to fend for themselves in the wilds. A number of these offscourings, known as the Nonmind, have built a community for their fellow exiles. What trials and tribulations must they overcome to truly separate themselves from the Onemind?

In all of creation, what greater mystery could there be than the fate of this very star? To sound the deepest depths, to study the aetherial sea itself─for these purposes and more was the Antitower built. Abandoned by her Sharlayan caretakers following the exodus, it has since been overrun by the magical guardians they left behind. Yet were one blessed with Her gift to brave these dangers and descend to the furthest reaches─to hear, feel, and think at the heart of this world─what would they find?

Following the defeat of Diabolos, the unnatural pall choking the crumbling city of Amdapor was lifted, and tranquility restored to the Twelveswood. Or so it had seemed. When the Hearers entered the ruins, however, they had scarce begun consigning the stones to the forest when their elemental allies fled in a sudden panic. By the spirits’ agitated whispers did the Seedseers learn that a daunting and hostile presence yet lingered within Amdapor's moldering walls. Unable to complete their ritual of cleansing, once more have the Padjals called upon your aid. Once more must you delve deep inside the ancient city's husk, and purge its withered heart of an unknown evil...

The table is set, and the wolves gather for the Feast! Will you gorge on the flesh of your foes, or find yourself served on a platter? Only the most savage of beasts are invited to this banquet─you'll need fangs of steel and an endless thirst for blood! Wait not for the tolling of the culling bell! Devour your rivals, take their hides for trophies, and build a hunter's throne from their bones!

Those bold enough to partake of the Feast will do battle in teams of four or eight, with hard-earned victories increasing their PvP rating to claw their way up in the rankings. As an extra incentive to trounce one's enemies, a new Seasons system will go into play, and top competitors will receive special rewards at each season's end.

So make smart use of your supply kits, and beware the baleful chime of the culling time bell. Then, when your opponents fall, their precious medals spilling to the ground, snatch them up and claim victory in this bloody banquet of beasts.

New hair trends are making their way to Eorzea. Patch 3.2 will introduce several unisex hairstyles including a new ponytail and a rugged, short haircut!

Orchestrion
This new furnishing lets you change the music in your estate.
Collect all the orchestrion rolls and enjoy your favorite songs in the comfort of your own home.

Paint Your Airship
From the forecastle to the rigging to the hull to the aftcastle, paint your airship parts and add a personal touch to your vessel.