During the recent Letter from the Producer LIVE, we announced the FFXIV Fan Favorite Music Poll. In this poll Warriors of Light can vote for their top 10 tracks from all the released soundtracks so far! Have you all voted? 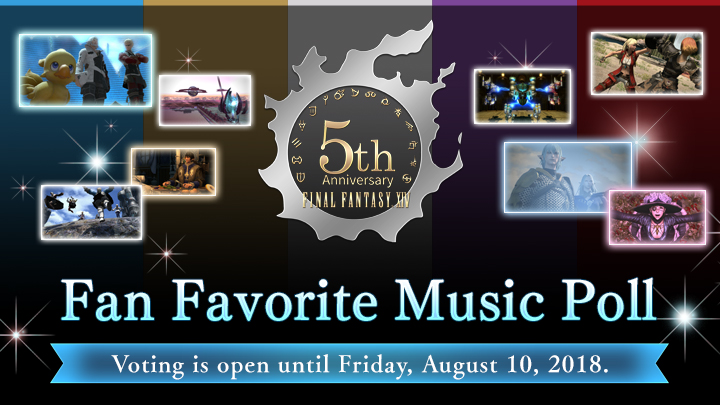 The poll includes every track from the five original soundtracks released since A Realm Reborn, which is a whopping 393 songs!

Entry Requirements
To participate, you simply need to have a service account with FINAL FANTASY XIV registered. Free trial accounts are not included.

You can select songs from the following five soundtracks.

Please note that only songs available in-game or on the soundtrack albums are available for selection. Songs from arrangement albums and THE PRIMALS are not included.

You might be worried that you won't know which song to select just by looking at the name of the song, but worry not! Each song includes a preview as well.

Once the poll is closed, the top-ranking songs will be selected to appear on a "best of" album that is planned for release this fall! That's right, this isn't simply a vote for the fun of it, so we're excited to see which songs make the cut! Every vote counts, so take part and let your voice be heard!

It will take a while to listen to all the tracks you want to vote for so make sure to set some time aside. Grab a snack, get comfortable, and relive some of your favorite memories while diving into these songs and voting.

The voting deadline is Friday, August 10, so don't delay. If you've already voted, we hope you're looking forward to the results!