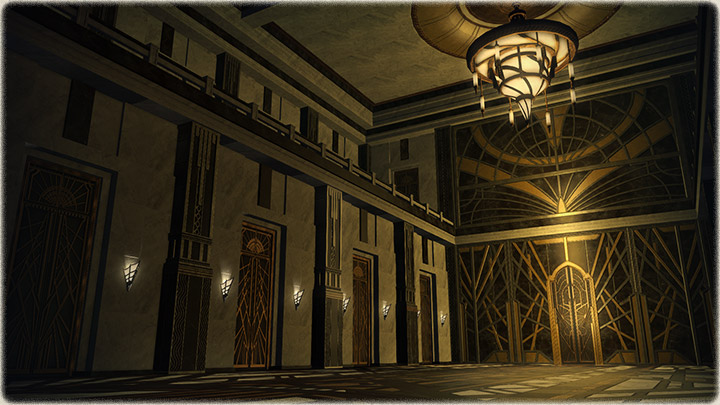 My name rang out in the Capitol, the caller's voice resounding around the foyer.

I could hardly pretend not to have heard (alas), and thus turned to face my pursuer. I had been so close to escaping...

The voice belonged, as I knew it would, to a white-robed youth of small stature, who was hastening across the hall. His red mask marked him out as one of the Convocation of Fourteen. Elidibus.

I fixed him with an inquiring look as he recovered his breath. When at last he spoke, it was (as ever) in earnest.

"Do you know of the volcano we’ll be discussing at the next session?"

"I know that we are due for some pyrotechnics..."

According to reports circulated among the Convocation, there had been unusual aetherial activity on an isolated volcanic isle─which is to say, an eruption was forthcoming.

The island had one village upon it, and a wealth of fertile farmland─all of which would soon be lost. But that was simply the way of the world. As in many such cases, our role was merely to acknowledge the fact. The islanders would do the same, and those who deemed it prudent had likely already begun to move elsewhere. While it was true that the Convocation intended to discuss the matter, the conclusion would be no less inevitable.

But then why had Elidibus approached me?

"Well...Azem went there, and is resolved to stop the eruption."

Naturally. I felt my brow furrowing, and fought to suppress a scowl that threatened to pull my forehead down over my eyes.

"How?" I eventually managed.

"You have heard of Ifrita, yes? The fire spirit?"

"Lahabrea's masterwork. An impressive concept, even for him."

“It truly is incredible,” the youth said with quiet fervency, the determined line of his lips curving into a grin. Generally, I found his ardent admiration for the rest of the Council endearing─if embarrassing─but at that moment, I was rather preoccupied with the implications of his suggestion. It's a wonder my brow ever recovered.

Ifrita. A manifestation of concentrated fire aether. I could see what Azem was planning: transform the volcano's aether into Ifrita, draw her away, and then destroy her elsewhere. This would safely disperse the excess. Of course, the plan required someone to procure the concept of Ifrita for Azem. But if that someone was not Lahabrea himself, who else could it be?

As everyone knew, concepts were stored in the Bureau of the Architect, and not all could be readily removed for personal use. The chief of the bureau, however, could grant access as he pleased.

Who else indeed. I pictured my friend cheerfully sending Azem off to battle without a second thought. Forgetting my mask, I clapped my palm to my forehead in exasperation─which Elidibus duly took as a sign that I understood.

"If things get out of hand, Azem could be censured again," and here the youth paused. "But I'm sure that won't happen. Not with your help."

My brow resumed its descent.

"...Very well. But are you certain it is wise for the emissary to ally himself with so divisive a figure?"

"Oh, I'm not," he replied with practiced deftness. "I'm simply giving Azem's opinion on the matter equal weight. The rest of the Fourteen have yet to reach a verdict, after all."

On this point, I could not argue─though I wasn't particularly inclined to agree. And so I shrugged, musing inwardly that Azem was lucky the current emissary was such a kindly soul. Before we parted ways, however, I couldn't resist asking one more question.

"Did you happen to find out why Azem is so keen on preventing this eruption?"

The youth frowned, inevitably striving to recall his conversation with Azem as accurately as possible. It wouldn't do for the emissary to speak unadvisedly, after all. I waited politely.

"If I recall correctly," he began at length, with the air of one about to reveal a grave truth, "the grapes grown on that isle are particularly delicious. Or so Azem said. They must be truly remarkable."

"Indeed." I couldn't bring myself to shatter his faith. I did, however, vow to treat my "friends" to a lecture on priorities.

Blissfully ignorant of my misgivings, the young man smiled to himself again, and bade me farewell. As he wandered away, I swore I heard him murmur something about Azem's "ever refreshing perspective."

That's the sort of person Elidibus was; eager to fulfill his duty, he also respected and admired the Convocation more than any other. To many of us, he was as a younger brother of sorts. And when it became clear that he was the most suitable candidate for Zodiark's heart, it mattered not how strong our resolve... There was none among us who did not waver.

Could there have been any greater shock, then, than our subsequent reunion?

This was soon after Zodiark became the will of the star, and our Final Days were averted. The people were divided, unable to decide what to do with the future that now stretched out before them. Many wished to trade the new life which had sprung forth to reclaim those lost in sacrifice to Zodiark. No small number, however, insisted that the fate of our world should be entrusted to those selfsame freshly minted souls. All were at our wits' end.

At once, we saw it, shimmering. It poured out of Zodiark's breast, and resolved into the shape of a man. As he looked us over─mouths agape, no doubt─he gave what passed for an earnest smile.

How long had passed since then I did not care to remember. In any case, my role as Solus zos Galvus, founder of an empire, had concluded, and I was drifting. I thought I might settle down for a nice, peaceful nap in the rift for a century or so. It would serve to rinse away the cloying residue of Solus, whose body I had left back in the Source. One should not remain perpetually in-character.

Not that there was much point in me retaining my sense of self. I had thought more than once that it would be easier simply to have done with it and discard my "real" form altogether. Yet given the state of the other two unsundered, some part of me was convinced that if I remained stubborn, a reason more compelling than hollow sentiment would come along eventually.

My name rang out in the darkness, tugging me back to consciousness.

Again? I elected to ignore the disturbance, but the voice was persistent. Once more it called, closer now.

Though the voice was the same as the one which had ambushed me in the Capitol so long ago, it sounded as if it belonged to another person entirely. Perhaps it did.

I could hardly continue to feign slumber at that, so I righted myself and turned to face Elidibus. The silence that stretched between us then only affirmed the truth that had gone unspoken.

"We knew this day would come."

I closed my eyes, letting out a measured breath, or what passed for one in the emptiness of the rift. He was right, of course. Lahabrea's boldness had only grown with the passing of ages─segueing inevitably into recklessness. Across many vessels and many worlds he blazed his trail, each mad leap forward leaving him that much more broken. Not satisfied with having brought about the Seventh Umbral Calamity, he labored needlessly to prolong it.

Was it his affinity for concepts of flame that made him so like the fire itself? From peerless Ifrita to that hopelessly immortal bird, his creations had burned bright and beautiful─as did he.

He should have known what becomes of the flame once all else is ash.

I opened my eyes to take in my brother's face, but the lips visible below his mask bore no expression. Would he never again show what he felt for us, as he once had so readily? Were those very sentiments long lost?

"Nothing. I was only thinking how similar Lahabrea was to his creations."

"His creations?" I had little difficulty reading Elidibus's uncertainty this time. He couldn't remember. If his clenched fists were any indication, he shared my conclusion: yet another part of him had been lost. Ever since the day he had reappeared to us as the embodiment of "hope," time's tides had conspired to wash away what bits and pieces remained of the person he once was.

"Will you not look at your crystal?" I asked.

When Elidibus was still Elidibus and Lahabrea still Lahabrea, we had collected all of our memories of the Fourteen and committed them to crystal, that those who would take our seats one day might learn. Elidibus would, I was sure, find much within to help him remember─yet he shook his head.

"I am Elidibus. So long as I remember my duty, that is enough. Aught else I would only lose again in the course of this timeless struggle...and if these memories are truly so precious, pray do not ask that I forget them twice."

On this point too, I couldn't argue─though again, I could hardly agree. As he was now, however, I doubted that Elidibus could tell my shrug was affected.

"I make for the Source, to put an end to the one who laid Lahabrea low," he said, as teleportation magicks began to roil around him.

"Sounds like a real hero. No match for you, in other words."

"We must always prepare for the worst. If we are to succeed, you must resume your efforts as well."

I was half-inclined to tell him I preferred to sleep, but of course he was already gone, leaving me alone in the darkness.

That was the last time I ever saw Elidibus. 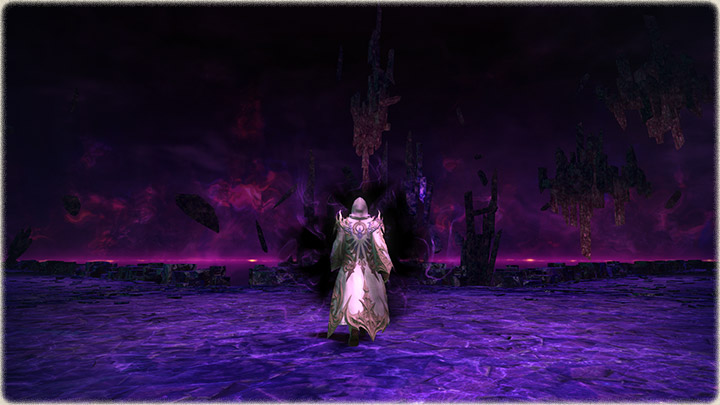 Now my charms are all o'erthrown,

And what strength I have's mine own,

Which is most faint, as is my breath

That quavers here at brink of death.

'Twas e'er my fate to wager all

For that which wrought my brothers' fall,

And thus the aether beckons me

To depths of black eternity,

To dream of things long lost and gone,

Though not by me, lest you mistake,

For others wait, the stage to take,

And while their worth is far from sure,

I bid the falling curtain─pause.

Let "encore" be my final word,

Their epilogue to death preferred.