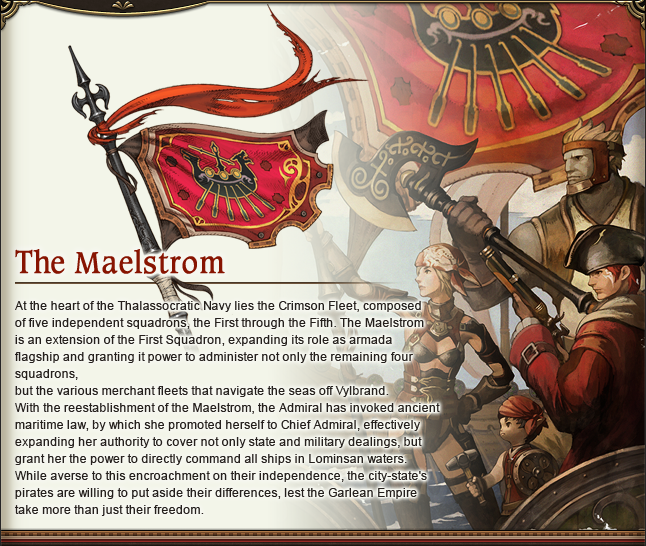 As it has been since the ill-fated Galadion grounded off the coast of Vylbrand countless generations past, the leader of Limsa Lominsa has borne the title Admiral, for she not only commands the thalassocracy, but also the armada that defends it. Merlwyb Bloefhiswyn is the latest to take the city-state's helm, and she brings with her an impressive list of laurels, such as the discovery of a safe route across the Indigo Deep to the recently discovered western continent, and the unprecedented sinking of an "invincible" fleet dispatched by the northern nations beyond the Bloodbrine Sea.

She is honest and steadfast in her ways, but at the same time can prove stubborn and uncompromising. And though once a pirate of high standing herself, upon becoming Admiral, she has gone out of her way to impose strict regulations on piracy within the thalassocracy, drawing the ire of nearly every brigand crew hailing out of Limsa Lominsa. Her reinstatement of the Maelstrom, and the power it is granted over the city-state's privately owned vessels, is viewed as but another measure to tighten her grip on the nation.

Motto: Impossible is a word coined by the weak.
Weapons: Death Penalty and Annihilator─two muskets rumored to have once been wielded by the infamous pirate king, Mistbeard. 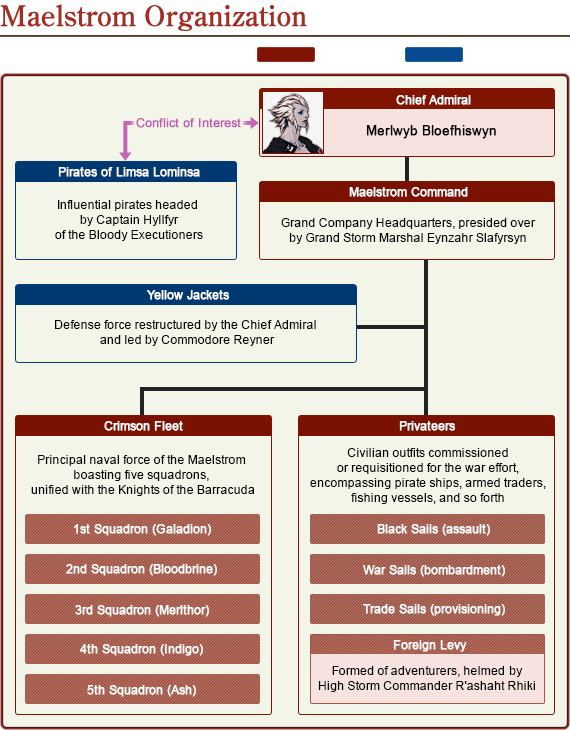 velvelv (Chocobo) has been formed.

Honor (Maduin) has been formed.

Genesis (Cactuar) has been formed.

Angels Of Death (Seraph) has been formed.