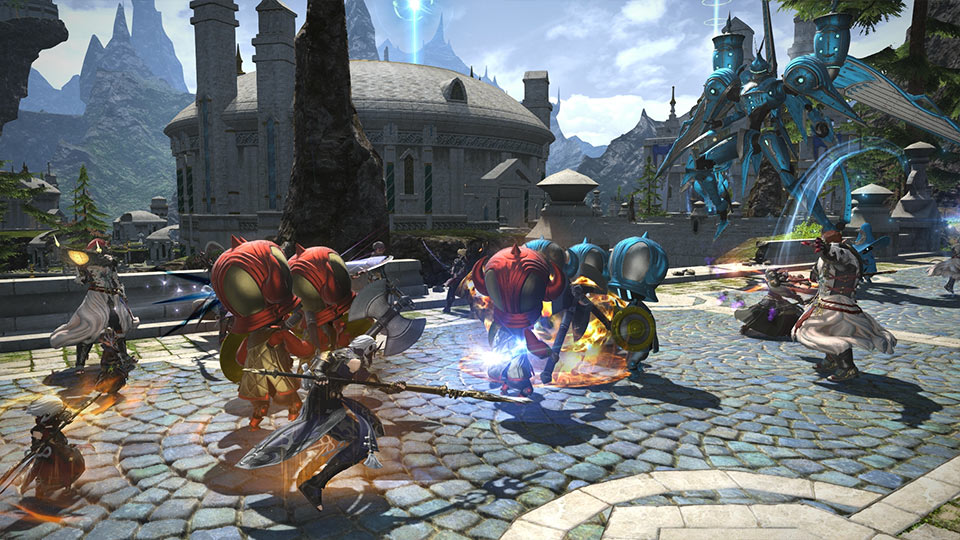 During an Astragalos campaign, each team attempts to destroy the core located on the opponent's base.

Players who abandon a Rival Wings campaign (not including players who join a match in progress or are vote kicked) will receive a penalty. Players so penalized will be unable to use the Duty Finder for 30 minutes.
Players inactive for over a period of two minutes will automatically be removed from play.

* Players can freely change jobs or classes at their team's landing.
* As with the three main cities, the recast time of skills will not be reset when changing classes or jobs.

One to four players

Players can queue to enter Rival Wings campaigns alone, or in a party of up to four players. Please note there are no role restrictions when queuing as a party.

Rival Wings participants will be placed on one of two teams: the Falcons or the Ravens. Players will then begin the match at their teams' respective landing points. Matches will begin after a 45-second countdown.

The Say, Party, Alliance, Yell, Shout, Free Company, Linkshell, Cross-world Linkshell, PvP Team, and Novice Network chat channels can be used during Rival Wings.
* Say, Yell, and Shout can only be used with players on the same team.

Using Return will teleport players back to their landing point. Moreover, this action has no recast time during Rival Wings campaigns. Please note, however, casting will be interrupted by attacks.

Items cannot be used during a Rival Wings campaign.

The first team to destroy the core located on the opponent's base will be declared the winner. In the event neither team destroys a core, victory will be decided based on each team's remaining core HP, number of towers, and tower HP, in that order.
* In the event these values are the same for both teams, the match will end in a draw.

Each team has a core located at its base, and the chief objective is to destroy the enemy's core. The core is protected by a magitek field emanating from two towers, so before you can strike at the core, you must first destroy at least one of the towers. With one tower destroyed, your team can begin to damage the core; however, damage will be significantly mitigated by the remainder of the magitek field until the second tower is eliminated. 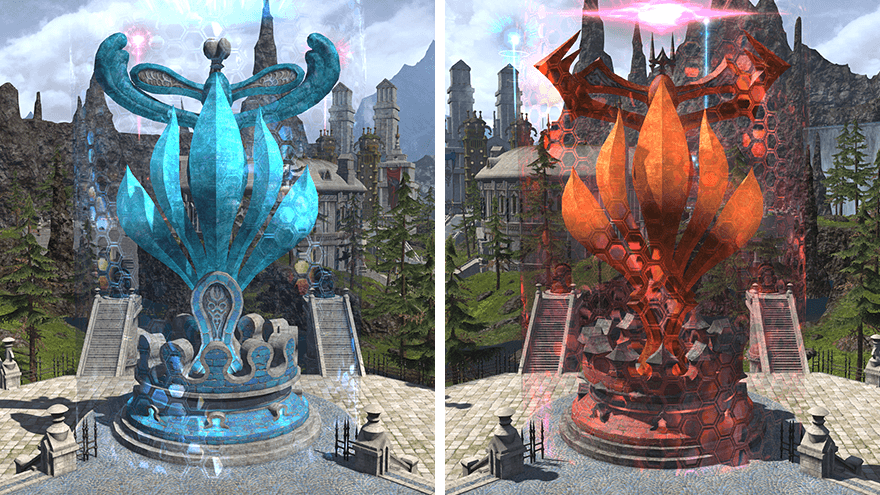 Each team has two towers that serve to protect their core. Each tower is also enveloped in a defensive field that mitigates damage taken by team members and restores their HP, which players can take advantage of as protection when hard-pressed by the opposing team. If you succeed in destroying the enemy team's towers, the magitek field around the enemy team's base will dissipate, and all parties on your team will earn ceruleum and Soaring stacks. 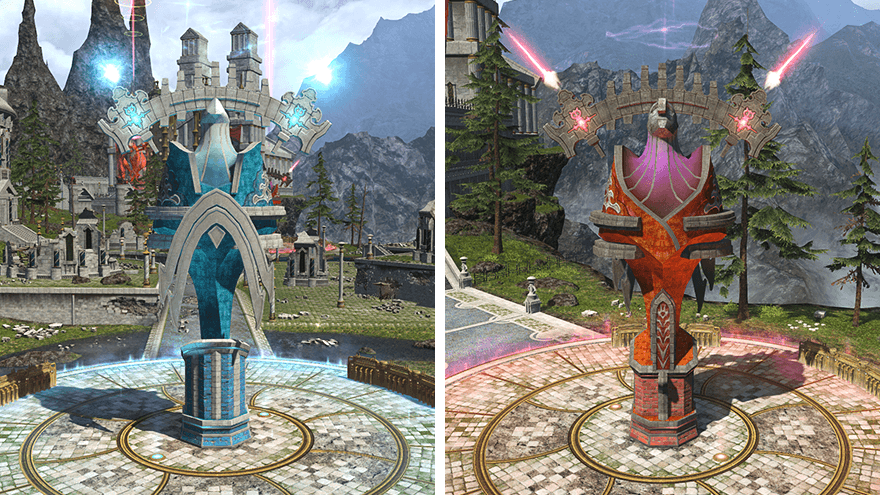 A unique UI is used to display the HP of cores and towers. Because each team's core cannot be damaged until one or more of their towers are destroyed, only the HP of towers will be displayed at the start of a match. Once the core is exposed by the destruction of at least one tower, however, its HP will also be displayed.

Players can deploy three types of powerful machina in battle. 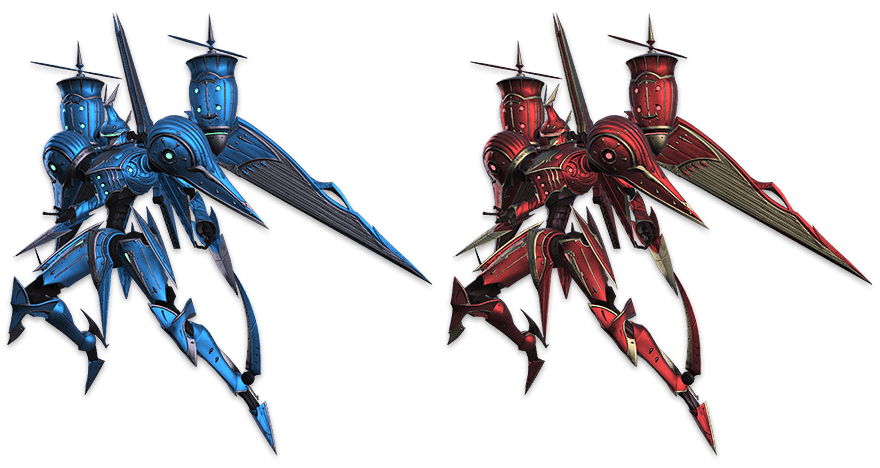 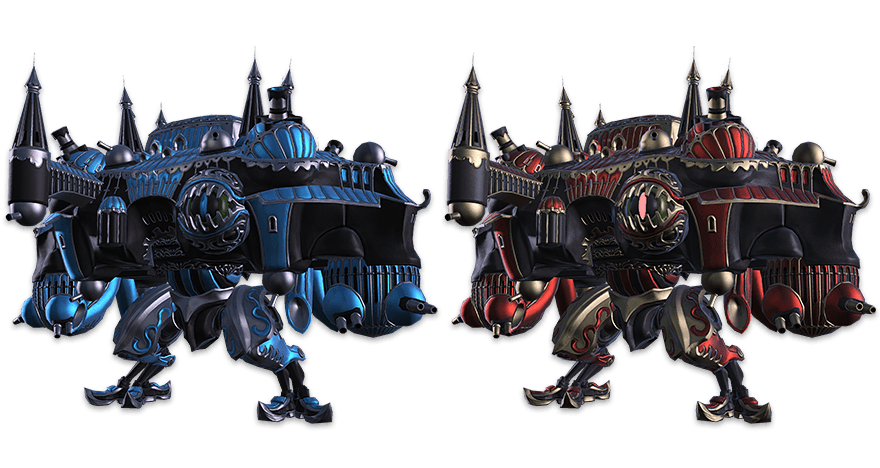 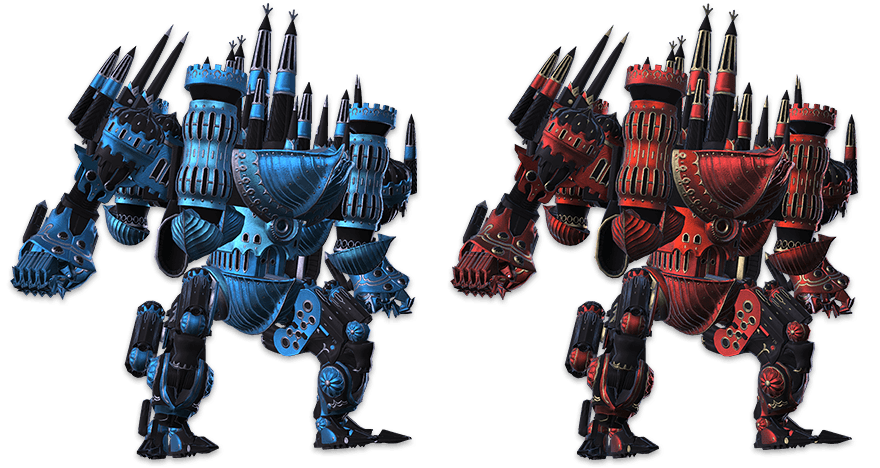 Boasting unrivaled power, Brute Justice dominates opposing players and machina on the battlefield, while also laying waste to structures with its lethal armaments.

Hangar Terminal
Hangar terminals are located near the starting area for each team, from which machina can be deployed. 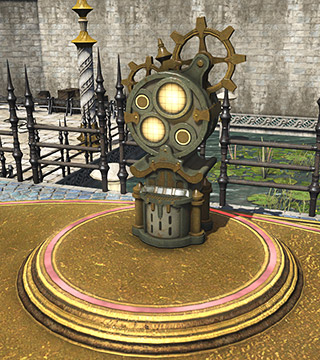 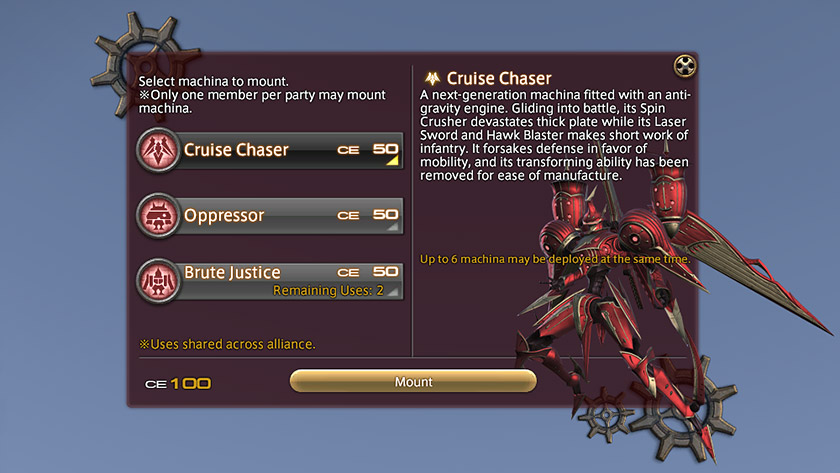 Ceruleum (CE)
Ceruleum (CE) is required to operate machina. Players can build up ceruleum stores for their party by collecting tanks in the field or defeating enemy players and mammets up to a maximum of 100 units.

Machina Restrictions
Only one machina may be operated per party at any given time, regardless of type. In the case of the Oppressor, however, the limit is two per team. Two Brute Justices can be deployed by each team per match, one becoming available for each tower you lose.
* Warmachina can be deployed at any time once the requirements have been met.

Resource Management
When deploying a machina, its HP will be displayed in place of the player. Its HP cannot be restored by curative actions of teammates, nor will it restore automatically when out of combat. Machina actions will expend EP, a resource that can only be restored by using the Ceruleum Refill action. Be advised that use of this action will deplete your party's ceruleum stores.

Two steam cannons have been erected near each team's core. While they cannot be moved, they are powerful weapons which may prove useful in deterring enemy forces. Players' healing is less effective when used on mammets. 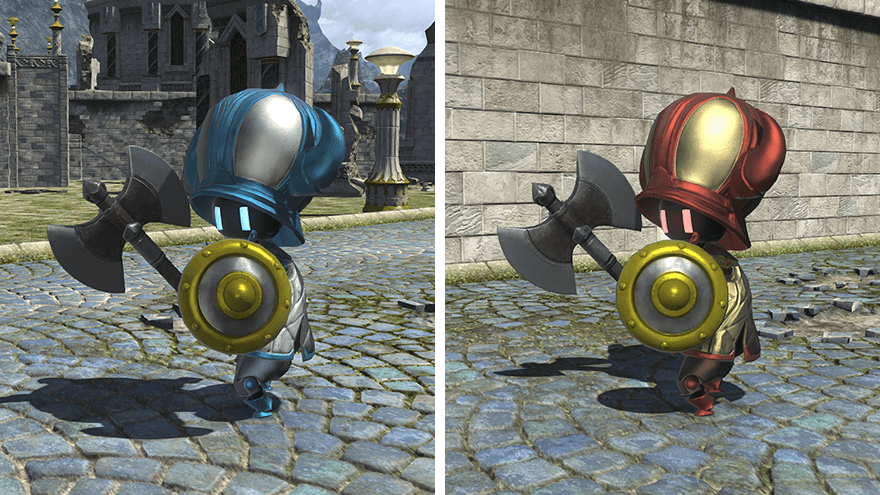 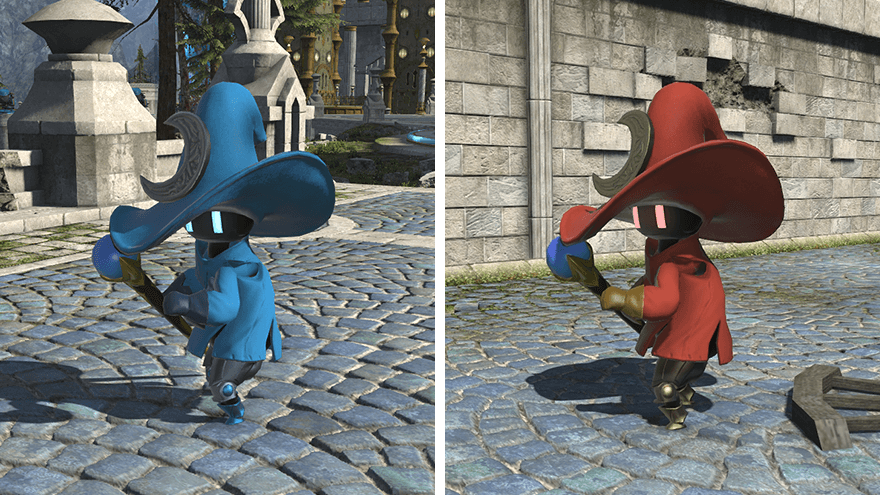 Parties can gain up to twenty units of ceruleum upon defeating an enemy mammet. These units will be distributed to all parties that engage with the mammet based on the amount of damage inflicted. Ceruleum cannot be gained from damage inflicted by other mammets.

A power generator is located at the center of the map. Combatants from either team can take control of the generator by interacting with it. While the generator is under a team's control, the stores of ceruleum for all of its alliances will gradually replenish. 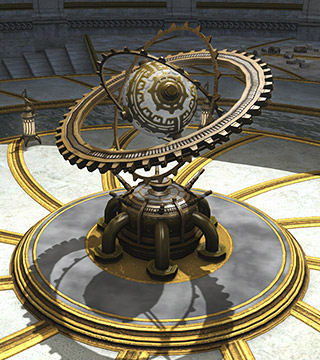 When you defeat an enemy team member, your party receives the Soaring enhancing effect. When destroying an enemy tower, your party and all parties on your team will receive the Soaring enhancing effect. This effect can stack up to twenty times, increasing all party members' damage dealt and HP restored via healing magic, while also reducing damage taken. At twenty stacks, Soaring will be replaced with the Flying High effect, which confers even greater benefits, including an increase to the rate at which the adrenaline gauge fills. However, the effects of Soaring and Flying High are stopped when riding machina.

* The effects of Soaring and Flying High are stopped when riding machina. 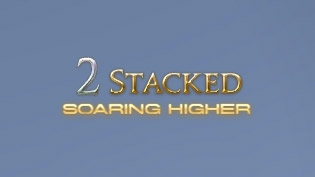 An icon will also be displayed next to the name of players under the effects of Soaring.
The Soaring effect of other parties on your team can be confirmed via the alliance list. 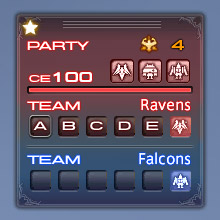 Damage dealt and damage taken in Rival Wings are adjusted based on your current job.