In today's patch preview, we offer you a glimpse of the Aquapolis. After you've dug up the treasure marked on your dragonskin map, perhaps now you'll find more than just what's in the chest.
Aquapolis
Those who frequent one of Eorzea's many crowded pubs may have heard tell of a certain master thief, in whose long and illustrious career were left countless collectors cursing the gods for their misfortune. Amusing as the stories often are, most dismiss them as cautionary tales, mere parables against material greed. But if there is a kernel of truth in them─if indeed there was a thief who filled an ancient aquapolis with unimaginable wealth─then perhaps the map you hold will lead you there... 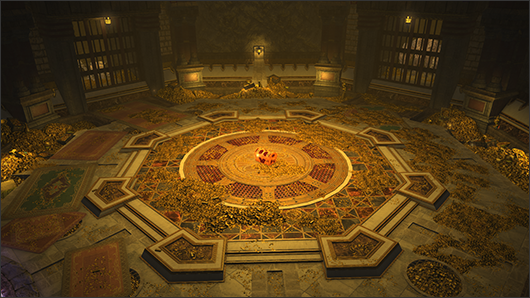 * Players are free to change jobs inside the Aquapolis. (Disciples of War or Magic only)

Entering the Aquapolis
Players will have the chance to transport themselves and any nearby party members to the Aquapolis by opening treasure chests located using dragonskin treasure maps. Upon opening these chests, should players either encounter a server error or be unable to enter within the specified time limit due to instances being fully occupied, they will receive the master thief's map. Players with the master thief's map in their possession will be able to summon a teleportation ward by using the general action Dig near the area indicated on the map. 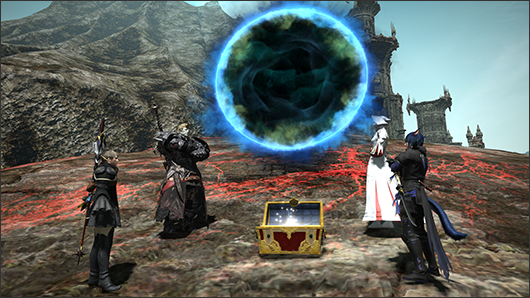 Progressing through the Aquapolis
Treasure chests located in the Aquapolis are armed with traps, which, when triggered, will release enemies from their cages. Upon defeating them, the player who used the dragonskin treasure map will be able to open the treasure chest and retrieve the reward and a Vault Key within.

The Vault Key can be used to open one of the two available doors. Should your party be lucky enough to choose the correct one, you will be allowed to progress on to subsequent chambers, and eventually fight your way to the final chamber. Players will be removed from the Aquapolis should they choose the wrong door, or all party members are incapacitated in battle. 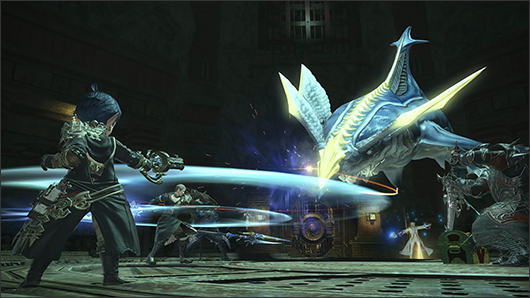 Rewards
Monsters will appear in three waves. By defeating them, players will be allowed the opportunity to progress to the next chamber. There are three tiers of rewards in the Aquapolis. Chambers one through three contain the lowest tier of rewards, chambers four through six the second tier, and the final chamber contains the highest tier of rewards. Players will also be granted rewards of a higher grade upon defeating rare enemies that appear.

nekochan kawaii (Shinryu) has been formed.

Be Bop (Famfrit) has started recruitment for the free company "Dandelion Prophet (Famfrit)."

Deities of Creation (Diabolos) has been formed.

Mavro Spathi (Shinryu) has been formed.