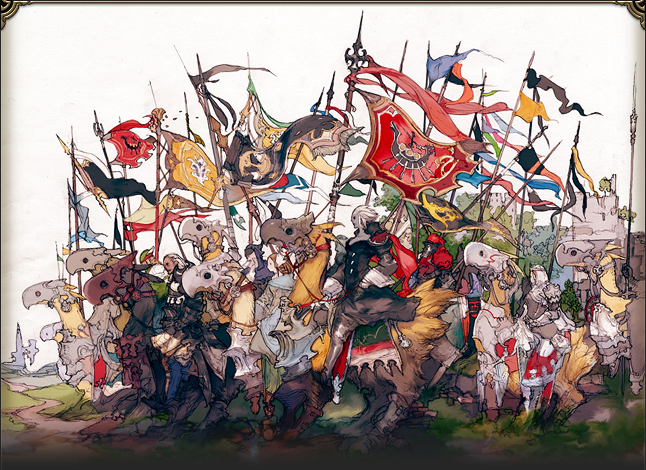 And though the Land is riven and the Heavens torn asunder
It is from this Chaos that our bonds are given strength.

For thousands of years, Eorzea has been victim to a catastrophic cycle of destruction and rebirth that periodically envelops the realm and threatens all who live upon her soil; each time faced with a tragedy seemingly worse than the last, however, the peoples of Eorzea have found some way to persevere. One method, seemingly going back hundreds of generations, has been the establishment of comprehensive command centers which combine the military, economic, and technological resources of a city-state in order to better prepare it for the coming doom. These are the Grand Companies of Eorzea.

The last recorded emergence of the Grand Companies was nearly 1,500 years ago, at the end of the Fifth Astral Era and the arrival of the great deluge which triggered the dark period known as the Sixth Umbral Era. It was through these companies that the then warring city-states were able to put aside their bitter differences and join together to form an alliance and ensure the realm survived.

As the Sixth Astral Era drew to a close, the three city-states of Limsa Lominsa, Gridania, and Ul'dah once again revived the Grand Companies—a final attempt to forestall the coming of the Seventh Umbral Era. With a number of remarkably talented adventurers among their ranks, they stood fast against the beast tribes and the savage might of the primals, as well as the Garlean Empire, the invaders from the north.
Despite their valiant attempts, however, the Calamity could not be avoided, and the lesser moon, Dalamud, descended upon the Carteneau Flats. From its core emerged the elder primal Bahamut, who rained fire upon the realm. So it was that the Seventh Umbral Era began.
Five years on from the devastation, aided by adventurers, the Grand Companies of Eorzea now strive to raise the realm from the ashes. 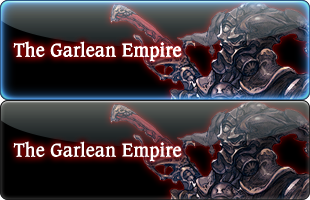 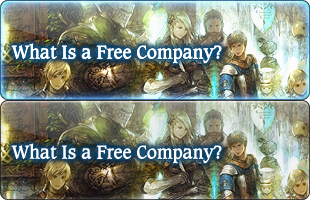 XLVI Ltd. (Masamune) has been formed.

Benevolent Hounds (Cerberus) has been formed.

Angel-himepoyo (Pandaemonium) has been formed.