Public
SooOO after seeing a vast majority of peeps excitedly zooming around in their Illuminated/ and NON-illuminated alike new toy I swore I would NOT jump on THIS bandwagon.
Welp guess who is following the flock of sheep...yep...I went and did it.
Introducing My new Seminal fluid means of transport: Hermy Da Spermy. 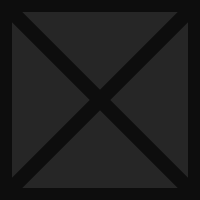 In my defense I had a cute lil Lala poking and prodding me along. Yes, she gets away with murder, and is probably the only person that could talk me into most anything. But with her cuteness factor off the Lala scale how could I and why would I resist her ;3

This character has been deleted.

Seriously 2 lalafells are the cutest things ever!!!

-
That's not selling out! That's accepting the inevitable.

I seriously was considering getting this event done on my alt just so I could get the joy of a seeing a lala in a carnival ride.

-
@Evangeline Do it! Riding in that thing is freaking hilarity at it's finest.
@Ari My cuteness is only overshadowed by her's ;D

-
Lalas are the one ones whose legs do not get eaten by this mount D:

-
Thank you Neu ^_^ I have to admit I love mashing that thing all over the place. Although it tends to take me out of character and disrupt the feel of the game for me personally. Might be the fact I keep trying to do Drifting and monster truck over afk people.

-
Haha!! I said the same thing about the event, but I at least had to go for Komasan since it was so CUTE!!

and OMG! You two look so fab together! <3 (That's how all female lalas get you guys, is by our item level being so high in the cuteness ;D)

This character has been deleted.

-
Yep that picture of you two is adorable <3

White Wilhem (Mandragora) has started recruitment for the free company "The Legion (Mandragora)."

Coffee:House (Hades) has been formed.

popolus_latte (Tiamat) has been formed.

Nova Crystallis (Brynhildr) posted a new blog entry, "Came for the plot, stayed for the friends.."

Ducks feat,E-Penguin (Ixion) has been formed.