The indomitable will of the earth made manifest, beloved of the kobold clans.
Compassionate and gentle, Titan is as a father to his tunnel-dwelling worshippers. But woe betide those fool enough to provoke this colossus─for when his anger is waked, the very earth trembles and heaves under the unstoppable fury of his mountainous bulk. 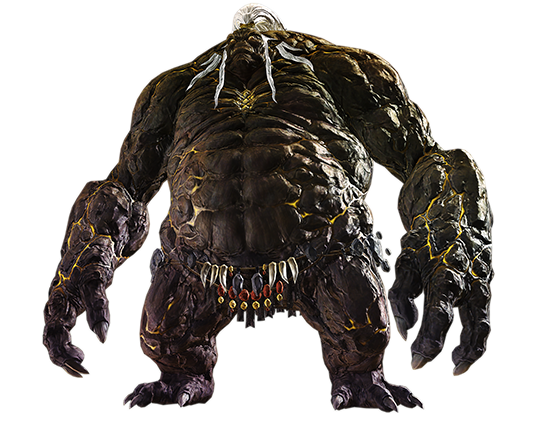 The kobolds are a race of mole-like creatures who have excavated a warren of tunnels beneath O'Ghomoro, a mighty peak rising in northern Vylbrand. Believing the ores of the earth to be a gift of the primal Titan, these subterranean beastmen seek to divine their deity's teachings through the arts of alchemy and metallurgy. Despite forging a peace agreement with Limsa Lominsa, recent conflicts over mineral deposits have led to a resurgence of hostilities.